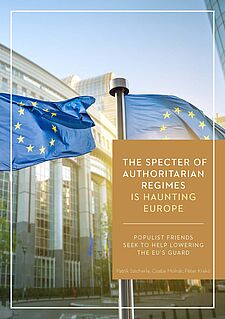 Authoritarian influence in the European Union primarily targets individual member states, not European institutions. The vast majority of the members of the European Parliament, the only directly elected EU institution, are highly supportive of strong European measures against autocratic interference, disinformation and human rights abuses. Therefore, hostile foreign states are more likely to target individual member states and politicians to have an impact on European foreign policy. 53% of the 680 MEPs we could categorize based on our criteria (casting the required number of votes) belong to the group of Integrationist Hawks, who both recommend taking a critical line on authoritarian regimes and seek to provide the EU the means to put these policies into practice.

Chinese soft and sharp power efforts are relatively unsuccessful within the European Parliament. China is supported blindly and openly by some far-left political forces. A substantial part of the farright ID group is rather critical of China, particularly Lega. Thus, the Chinese regime is likely to rely on a combination of hard and sharp power directed at the national and personal levels to gain allies in Europe. This combination includes leveraging attempts exploiting China’s massive internal market and economic prowess, efforts to – at the very least – create the perception that Beijing offers advantages to states that support its interests, and benefits for local elites via economic cooperation and people-to-people contacts.