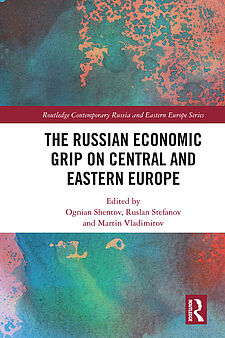 This book is about the use of economic and state capture levers for achieving political clout. It details how Moscow has been able to exploit governance deficits and influence decision-making in the countries of Central and Eastern Europe through a range of economic means.

The comparative country by country perspective on Russia’s corporate presence, trade, and investment in particular sectors of the region, especially energy, shows the patterns of the Kremlin’s use of economic presence and state capture tactics to amplify political and social leverage.

By collating economic data with an analysis of governance loopholes and the political process, the authors reveal the Kremlin’s methods for swaying national policies. The book thereby highlights how Russia’s economic power is related to its wider strategic goals.

It concludes that Russia’s economic grip, both direct and indirect, is tighter than official statistics imply.