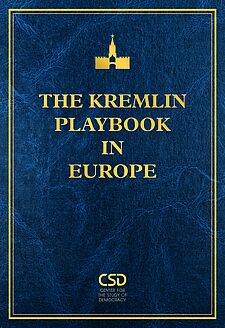 The Kremlin Playbook in Europe analyzes the tools and methods used by Russia to exercise its influence on the continent. In particular, it shows how the Kremlin enjoys considerable surrogate power in some countries because of the oligarchization of their governance systems. It also highlights the effect of blinkered national policies which grant Russian capital access to European financial hubs. The report argues for a common transatlantic approach in the face of these threats.

The report expands the map of Russia’s footprint built by previous Kremlin Playbooks, which examined Russia’s attempts to capture political and economic decision-making in sixteen European countries, by analyzing Greece and Cyprus. Their strategic location in the southeast of Europe and the eastern Mediterranean, common religious traditions, and historic ties make them an object of influence operations by the Kremlin.