Impact on Energy Transition and Climate 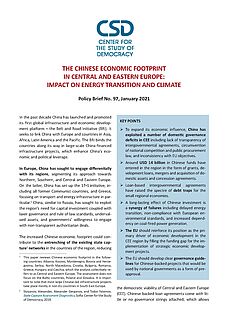 Impact on Energy Transition and Climate

In the past decade China has launched and promoted its first global infrastructure and economic development platform – the Belt and Road Initiative (BRI). It seeks to link China with Europe and countries in Asia, Africa, Latin America and the Pacific. The BRI binds the countries along its way in large-scale China-financed infrastructure projects, which enhance China’s economic and political leverage. Around USD 14 billion in Chinese funds have entered the Central and Eastern European region in the form of grants, development loans, mergers and acquisition of domestic assets and concession agreements. To expand its economic influence in CEE, China has exploited a number of domestic governance deficits including lack of transparency of intergovernmental agreements, circumvention of national competition and public procurement law, and inconsistency with EU objectives. 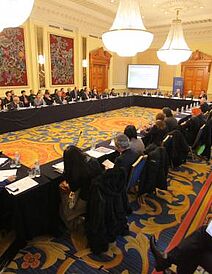