The Agrarian Reform in Bulgaria 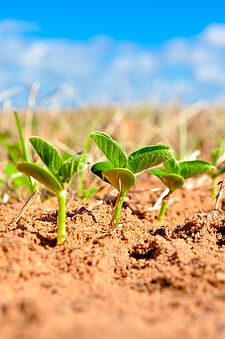 The Agrarian Reform in Bulgaria

Agriculture is of major importance to Bulgaria's economy. In 1989 - the year preceding the significant political changes - agriculture produced one tenth of the gross domestic product and 18 percent of the country's working population was employed in this sector. The important political and economic changes in Bulgaria after November 10, 1989 inevitably affected agriculture as well. A crucial and exclusive component of agrarian reform, land reform was established with the passing of the Ownership and Use of Farmland Act (OUFA) by the Great National Assembly in February 1991. A year later, the Act was revised and amended and further important changes were introduced in May 1993. The public was not involved in discussions on possible ways for implementing land or agricultural reform before the OUFA passed in the Assembly. Essentially, the Act regulates the execution of radical changes in farmland property relations, thus predetermining present and future development of agriculture. Land reform is but a logical continuation of the on-going processes of small property restitution and privatization of enterprises in the various branches of the economy. At the same time, the unfavorable macroeconomic environment (production decline, mounting unemployment, rising inflation, contracted foreign and domestic markets) strongly influences decision-making in agriculture. Its development has led to the breakdown of the existing equipment and facility base and to inefficient utilization of production resources. The magnitude of changes brought on by initiating land reform has led to a number of problems and difficulties in executing a comprehensive agrarian reform in Bulgaria.