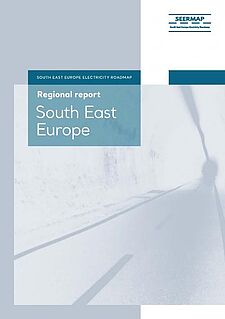 The South East Europe region will need to replace more than 30% of its current fossil fuel generation capacity by the end of 2030, and more than 95% by 2050, according to the long-term energy policy of the European Union. How to obtain these objectives is a policy challenge that requires consistent implementation of a renewable energy policy that provides incentives for new investment. Through a five modelling exercises incorporating the gas and power markets, the transmission network and the macroeconomic system, The South East Electricity Roadmap (SEERMAP) Report elaborates comprehensive scenarios for the transformation of the electricity sector towards a full decarbonisation of electricity generation and a reduction of emissions by 91% by 2050 compared to 1990. The research was carried out by a consortium of 5 partners led by the Hungarian-based Regional Centre for Energy Policy Research (REKK) and the Technical University (TU) in Vienna, and involved 9 local partners.

The Center for the Study of Democracy (CSD) has been the local partner, who was responsible for the Bulgarian energy data verification, the analysis of the country’s renewable energy policy and the development of country-relevant policy recommendations. CSD also served as an intermediary between the research group and the Bulgarian energy ministry officials responsible for future energy strategy.

The SEERMAP Report has developed three core scenarios for energy transition in South East Europe including:

Some of the key findings from the study include:

SEERMAP Bulgaria Country Report
Policy Brief No. 70: A Roadmap for the Development of the Bulgarian Electricity Sector within the EU Until 2050

Priorities for the National Energy and Climate Plan until 2030: decentralization and...
Priorities for the Bulgarian Energy Sector until 2050: Strategic Vulnerabilities
Back to list
Subscribe to our newsletter
Related