Results of a Qualitative Study in Roma Communities 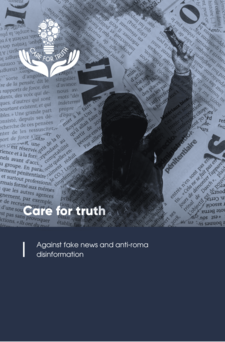 Results of a Qualitative Study in Roma Communities

Discrimination of the Roma minority in Bulgaria has been an ongoing concern, with Roma being subject to violence, socio-economic exclusion and hate speech. In this context, negative media tendencies in the portrayal of the Roma community have been prevalent, normalized in social media, political commentaries, expert opinions and even by renowned journalists. Media discourse has perpetuated the existing structural exclusion of the Roma ethnic minority in Bulgaria.

This study provides an analysis of the media-disseminated anti-Roma hostility in Bulgaria by looking into Roma people’s perceptions of the media and online environment, particularly pertaining to their ethnic minority. The general media image of Roma people in Bulgaria is an outcome of specific ‘typically Roma’ images, myths and clichés enhancing an existing general narrative of Roma people’s inferiority to the majority population. The report also analyses the most prominent anti-Roma public narratives in Bulgaria as employed by media and online channels which reproduce existing anti-Roma stereotypes. Disinformation and fake news trends which affect the Roma communities in Bulgaria are also discussed. A main recommendation of this study is that efforts need to be taken to address the effects of disinformation both in the Roma communities and among members of the majority Bulgarian population.

Co-funded by the Rights, Equality and Citizenship (REC) Programme of the European Union (2014-2020)

Media and online narratives, fake news and disinformation trends in relation to Roma in Bulgaria
Back to list
Subscribe to our newsletter
Related