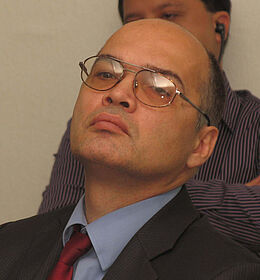 Mr. Bezlov is a leading expert in crime research. For the past 17 years as a Senior Analyst at CSD he has authored numerous reports and sociological research. Mr. Bezlov has pioneered the carrying out of the crime victims survey in Bulgaria and has contributed to its implementation in a number of national and international institutions as well as the state administration. His research and analysis of various crime and corruption-related issues (e.g. the development of a national-level index of corruption, the demand and supply of illegal drugs, the prostitution markets, human trafficking, smuggling of commercial goods) has won him both national and international recognition, and has resulted not only in numerous publications but has led to some of his research being used in court proceedings.

He is also recognized as а leading political analyst and as such is a frequent commentator and quoted in all major national and international media.

Mr. Bezlov is also a recognized political risk analyst. In this capacity, for the past 10 years he has been at the core of teams providing comprehensive and regular country risk analysis for the United Nations Development Program, Eurasia Group / Lehman Brothers, Eurasia Group/Deutsche Bank, Japanese Ministry of Foreign Affairs, and the Control Risks Group.

Mr. Bezlov has participated in the analysis of various crime prevention and policing initiatives. He is a lecturer under the Sofia University Master's Program in Globalization and a frequent guest lecturer at the Academy of the Ministry of Interior and the Diplomatic Institute of the Ministry of Foreign Affairs.

The Illicit Cigarette Trade along the Balkan Route: Measuring Vulnerabilities and Threats