On 22 June 2021, the Center for the Study of Democracy hosted a Roundtable Discussion on the challenges and perspectives before the victims of crime amidthe COVID-19 pandemic and political instability related to the upcoming early general parliamentary elections in Bulgaria. Representatives of law enforcement, prosecution, NGOs and the academia took part in the discussion.

Ms. Miriana Ilcheva, Senior Analyst in the Law Program of the Center for the Study of Democracy (CSD), gave a welcoming speech and opened the discussions by pointing out the existing legal gaps and barriers to improving the situation of victims of crime especially in connection to the difficulties posed by the current situation in the country.

Organized within the framework of the RE-JUST initiative for developing victim-centred and trauma-informed criminal justice systems, the roundtable continued with Ms Ilcheva presenting an action plan involving various aspects of such systems. Some of the major points included the need for legislation reforms and establishment of multidisciplinary cooperation and referral mechanisms, including transnational referral mechanisms across the European Union, and ensuring the access to information for victims of crime through various communication channels.

Prof. Dr. Dobrinka Chankova, Head of the Department of Public Law in the Faculty of Law and History at the South-West University “Neofit RIlski”, delivered a presentation on the legislative and institutional perspectives for victims of crime. She outlined the main expectations from the legislature and the executive in terms of support services to victims of crime which included further amendments of the Bulgarian Criminal Procedure Code and the laws regulating the execution of penalties and the operation of the police.  Prof. Chankova underlined the importance of restorative justice and the wider recognition of electronic evidence.

Diyana Videva, member of the Management Board of “Demetra” Association, explored the COVID-19 as a driving force for increasing the risk of violence while decreasing the opportunities for access and provision of services to the victims of crime, such as shelters, hotlines, public services and emergency care. In response to these threats, Ms Videva suggested a perspective for overcoming the challenges through recommendations for national public policy measures and gave examples from “Demetra” Association’s experience in the field.  Furthermore, she pointed out that the national response of the governments should include expanded services  adapted to the specific crisis context, addressing women and girls, as well as psychosocial support. Lastly, the law enforcement agencies have to state decisively that violence will not be tolerated.

Dani Koleva, Child Protection Program Director at UNICEF Bulgaria, brought attention to another vulnerable group of victims of crime, namely children experiencing violence. Ms. Koleva outlined the main aspects of violence against children, identified as a result of a national study. General recommendations for further improvement of the services provided to child victims of crime were presented such as the adoption of standards for “Blue rooms” for interviewing children, the development of integrated support through a network of services, etc.

Dr Gergana Tsvetkova, Research Fellow in the Sociological Program of CSD, gave an overview of definitions and the various manifestations of online gender-based violence, including but not limited to disinformation, stalking, harassment and hate speech. Some of the specific challenges related to the new types of violence that were noted included the underdeveloped legislation which usually does not criminalise acts of violence in digital environment, their transnational character, and the balance between regulation and self-regulation of digital service and digital product providers. Moreover, the most efficient currently existing methods for countering violence in the digital environment were presented.

At the ensuing discussion on the new dimensions of victimization, the representatives of prosecution and law enforcement debated their views on the introduction of restorative justice in the Bulgarian legal system, the role of prevention of victimization, and the balance between practitioners’ professional training and the support provided to victims. The participants stressed the specific challenges in criminal proceedings posed by investigating and prosecuting the recently criminalized acts of domestic violence. 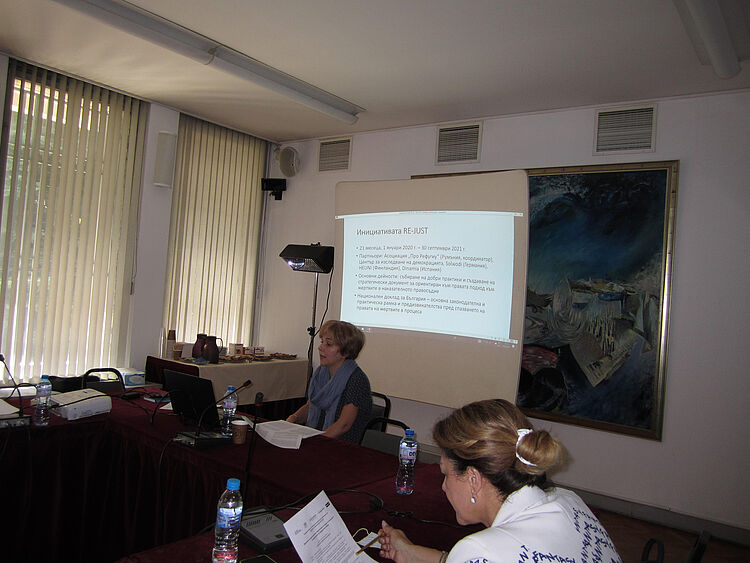 Miryana Ilcheva, Senior Analyst in the Law Program of the Center for the Study of Democracy

Diyana Videva, member of the Management Board of “Demetra” Association 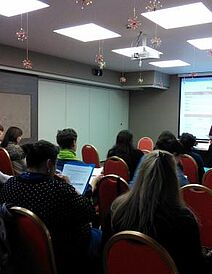 Protection of the Rights of Victims of Trafficking in Human Beings