CSD presented the Kremlin Playbook report at the Wilfried Martens Centre for European Studies in Brussels together with researchers from leading European think-tanks examining the malign Russian influence in Europe. During the seminar, held on December 1, 2016, titled Understanding Russian Influence in Central and Eastern Europe, the Director of the Economic Program at CSD, Ruslan Stefanov, and Martin Vladimirov, an energy analyst at the Economic Program discussed the findings of the report on the extent of the Russian economic footprint in CEE and the amplifiers, which increase the impact of this presence. CSD speakers debated how Russia has leveraged its economic presence to cultivate an opaque web of economic and political patronage across the region that the Kremlin uses to influence decision-making.

Veronika Víchová, Analyst of the Kremlin Watch Programme of European Values Think-Tank, which publishes a weekly brief on the main dimensions of the Russian disinformation campaign and other soft levers over countries in Central and Eastern Europe, confirmed that most of the conclusions in the Kremlin Playbook applied to the Czech Republic. She added that apart from the economic levers, Russia had strengthened its presence through a number of pro-Russian media outlets and NGOs that had been spreading fake news undermining the credibility of the EU vis-à-vis the Czech Republic.

Vít Novotný, who is a Senior Research Officer at the Martens Centre also spoke about the important link between Russia’s economic footprint and the political orientation of the countries in the region. He and his colleague Roland Freudenstein, the Policy Director of the Martens Centre, shed light on organisations operating in Europe that are funded by the Russian government, whether officially or unofficially. These include government-organised non-governmental organisations (GONGOs), non-governmental organisations (NGOs) and think tanks. Their goal, according to Mr. Novotny is to shift European public opinion towards a positive view of Russian politics and policies, and towards respect for its great power ambitions. In light of Russia’s annexation of Crimea and Russian aggression in Eastern Ukraine, Mr. Freudenstein added, the overt or covert support for these organisations must become a matter of concern to the EU. 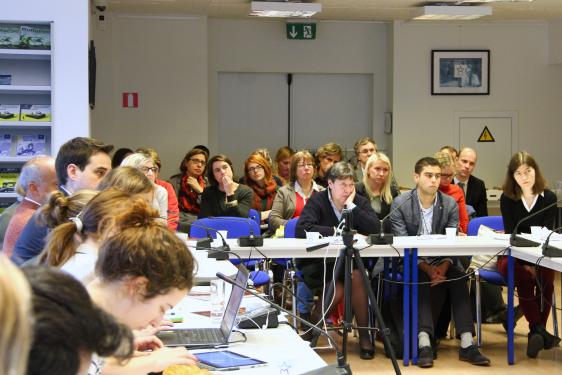