On 9 February 2010 the Center for the Study of Democracy, with the cooperation of the Friedrich Ebert Foundation organized a public discussion on the monitoring and assessment of public policies.

In his opening speech, Dr. Ognian Shentov, Chairman of the Center for the Study of Democracy, emphasized that the topic of monitoring and evaluation of public policies and programmes is significant for two main reasons. The first reason, which is a pragmatic one, is that monitoring and evaluation are part of the process of institutional interaction with the European Union and preconditions for accessing EU funds. The second - and definitely more important reason - is that this problem is related to the manner of exercise of political power in Bulgaria and the need for quality standards in policy implementation.

According to Mr. Matthias Höpfner, Ambassador of Germany to Bulgaria, the public discussion on monitoring and evaluation of public policies and programmes are a positive sign for civil society development in Bulgaria. It is necessary for public policies to be seen in a wider context; we need to be aware of the underlying structures of society to which they are linked. Mr. Höpfner argued that there is a mistrust between civil society, on the one hand, and the political institutions and parties, on the other. Dr. Shentov pointed out that besides mistrust there is a threat of yet another development in the post-socialist environment, namely "civil society capture by the state".

According to Mr. Ruslan Stefanov, who moderated the discussion, 2010 is a crucial year for Bulgaria since it is expected that the first major audits of the European Commission will be completed, which will highlight the lack of viable systems of monitoring and assessment of public policies and programmes.

Mr. Rosen Plevneliev, Minister for Regional Development and Public Works, pointed out, as an example of a successful public policy monitoring measure, the introduction of an Advisory Board at the ministry whereby all future government actions in the field of regional policy will be discussed on a monthly basis together with civil society representatives. Another positive example relates to the Danube strategy, which provides opportunities for bottom-up development of regional policies. The introduction of e-government practices will contribute to even greater transparency of public policies.

Ms Ginka Chavdarova, Executive Director of the National Association of Municipalities in Bulgaria, presented examples of civic monitoring at the local level. According to her, municipalities are eager to cooperate with civil society. Bulgaria’s legislation in this regard is well developed; municipal budgets are openly discussed and civil society is active, especially in cases where the quality of public services is at stake. The management of municipal property, however, is still not transparent. It is necessary to improve the accountability of the municipal councils.

Mr. Valery Rusanov, President of the Access Foundation, focused on the significance of such monitoring and assessment at the local level because of the instances of conflict of interests. The reason is that a growing amount of public resources is being redistributed at the local level, which is a precondition for the spreading of criminal practices. The authorities have not yet put in place an adequate monitoring system. The latest local elections contained numerous and clear examples of the phenomenon of private interests capturing local authorities.

Mr. Ilian Vassilev, Chairman of Deloitte Bulgaria, noted that the public sector should apply the standards of accountability, monitoring and controls adopted by the private sector. He pointed out to accounting standards as an example. There is a lack of accounting data on state-owned land, buildings and some other types of property, and this is an obstacle to monitoring both the progress of government programs and abuse cases. If Bulgaria does not have appropriate indicators that allow for benchmarking, European institutions will soon start distrusting Bulgarian statistics.

Mr. Evgenii Dainov, President of the Centre for Social Practices, emphasized that providing policy recommendations resulting from monitoring rarely leads to concrete actions in Bulgaria. Currently, the biggest challenge is the establishment of an efficient system, which could ensure that the spending of budget funds closely follows the priorities set out in various plans and strategies.

During the discussion, Mr. Roumen Yanovski, Project Coordinator at the Access Foundation, drew attention to the short-lived outcomes achieved by externally funded projects. Mr. Stamen Tassev, Executive Director of the Bulgarian Business Leaders Forum, emphasized that the activity of state institutions needed to be subjected to increased public scrutiny. He also called for more public-private partnerships and cooperation with the NGO sector.

In his closing remarks, Mr. Marc Meinardus, Director of the Bulgarian Office of the Friedrich-Ebert-Stiftung, agreed with the opinions expressed with respect to the importance of public policy monitoring. Mr Meinardus noted the role of the media in this process, and assured the participants that the German government would continue to promote democracy in Bulgaria. 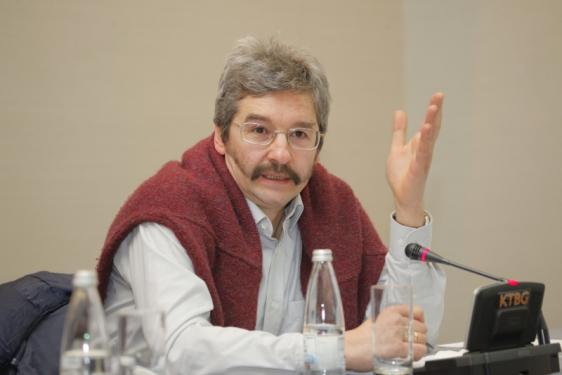