Considering the imminent global health and economic crisis, Bulgaria faces the challenge to achieve an effective energy transition within the European goal of carbon neutrality by 2050. It should use the existing opportunities for EU financial support adequately in order to transform its energy sector and put its long-term economic development on a more sustainable footing.

This was the main focus of the webinar "The European Green Deal in Bulgaria: policy options and possible solutions”, organized by the Center for the Study of Democracy on 19 May 2020. The discussion included presentations by Zhecho Stankov, Deputy Minister of Energy, Prof. Ivan Ivanov, Chairman of the Energy and Water Regulatory Commission, Delyan Dobrev, Chairman of the Energy Committee at the National Assembly (2014–2019), Boryana Kamenova, Director of the Climate Change Policy Directorate at the Ministry of Environment and Water, as well as CSD energy experts.

The panelists welcomed the more ambitious renewable energy and energy efficiency targets in the final version of the National Energy and Climate Plan but highlighted various challenges and ambiguities in the strategic document. The speakers pointed out the lack of concrete financial and political measures in the NECP to achieve the country’s energy transition goals. The paper also focused excessively on the continued implementation of large energy infrastructure projects such as the Belene nuclear power plant and Turkish Stream at the expense of smaller investments in new RES facilities and energy efficiency.

In addition, the participants expressed doubts about the economic feasibility of the continued operation of coal-fired power plants over the next decade without the state support of nearly € 450 million/year they currently receive. Such subsidies are inconsistent with the European Commission's state aid rules and divert strategic financial resources from the implementation of energy transition policies. 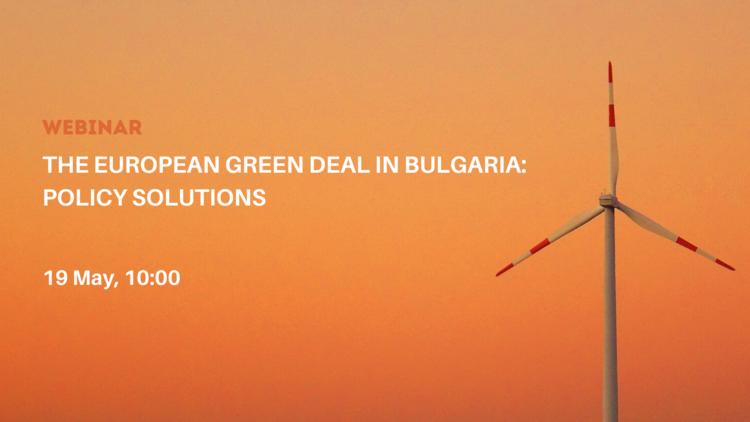