On 21 February, 2018, the European Endowment for Democracy (EED) hosted the panel Tackling Foreign Economic Footprint in the Western Balkans in cooperation with the Center for International Private Enterprise (CIPE) and the Center for the Study of Democracy. Jerzy Pomianowski, EED Executive Director, opened the event.

The panel presented how governance gaps create opportunities for the inflow of corrosive capital, and how this capital in turn exacerbates those governance gaps in four Western Balkan countries. The assessments were written by the Center for the Study of Democracy and a network of local experts in Montenegro, Serbia, Macedonia and Bosnia and Herzegovina with the support of CIPE.

Ruslan Stefanov, Director of Bulgarian Center for the Study of Democracy, explained the process behind developing the methodology to measure Russia’s economic footprint in the Western Balkans and noted the difficulty local experts had in accessing the necessary information. Stefanov also stressed that the focus should not be on the footprint alone, but on the governance gaps in the Balkans that allow for the proliferation of corrosive capital. “The nature of corrosive capital is the lack of a clear-cut border between politics and economics,” Stefanov said.

The panelists called on the European Union to take a strong stance on governance gaps in the Western Balkans, while providing support to local civil society in closing those gaps, in collaboration with the local administrations. 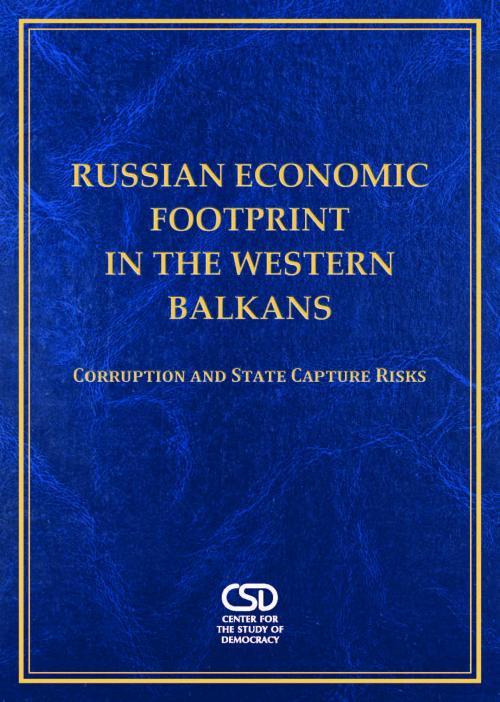