The Kremlin Playbook in Europe has demonstrated that the Balkans are the most vulnerable flank of the democratic Euro-Atlantic community. This vulnerability has attracted intensified efforts from Russia with the silent support of China to erode the democratic progress of the region and disrupt its Euro-Atlantic integration. Autоcratic powers employ a toxic mix of disinformation and illicit financial flows with the intent of reinforcing and using state and media capture deficits to influence Balkan countries’ foreign policy stance. Russia, in particular, has deployed a variety of instruments as part of its media capture campaign, including direct ownership and/or informal financial and political ties to the editorial and management bodies of local media outlets, broadcasting of Russian channels, as well as building networks of influence among politicians and other public figures.

CSD presented its latest diagnostics of the Kremlin Playbook in the Balkans and in North Macedonia. The analysis revealed that the illicit financial flows in the Balkans are on average twice as high as the world average. It also noted specifically the increased activity of the Russian Embassy in Skopje which ranks first among the Kremlin’s Balkan embassies in terms of the number of social media posts after the war in Ukraine. The round table discussants agreed that corruption and state capture vulnerability remain high in North Macedonia, which create numerous entry points for foreign authoritarian influence in the country’s democratic institutions. The media is strongly dependent on government funding and political benevolence, which renders them extremely susceptible to media capture and to propaganda narratives. Political parties exploit indiscriminately internal issues which lead to public dissatisfaction with the country’s Euro-Atlantic integration and open the political debate for Russian disinformation and influence, such as in the cases of the bilateral disputes with Bulgaria and Greece. The discussion concluded with a review of necessary actions that could be taken to reduce the Kremlin’s disruptive impact in North Macedonia, such as the improvement of corporate transparency, stronger public messaging regarding the priorities of the government, strengthening democratic institutions, improving media literacy and adopting strategies for counteracting foreign authoritarian influence, such as the Ministry of Defense’s action agenda on countering hybrid threats. 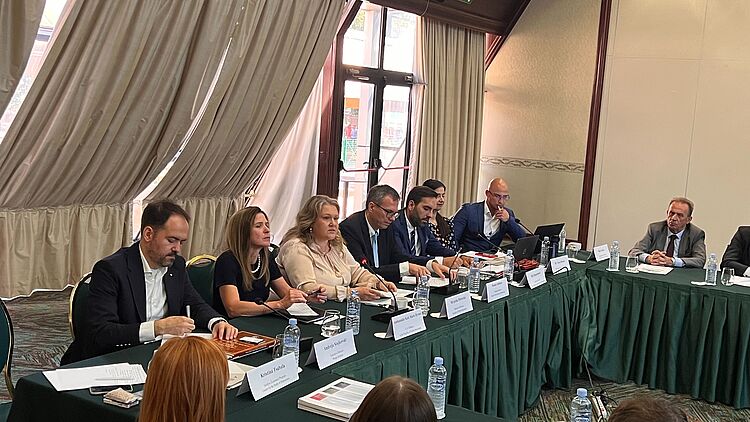 During the CSD presentation