In the past ten years, both the nature of corruption and the anticorruption agenda in Southeast Europe have changed. Political corruption has replaced petty bribery both as the dominant concern of national and international reformists and as one of the leading causes for most social and economic damage. The earlier emphasis on harmonising national legislation with international standards has now been substituted by a focus on its enforcement. In 2012 the European Commission adopted a new enlargement approach, which placed rule of law, anti-corruption, and judicial reform at the heart of the process. To respond to the new EU policy priorities, the Southeast European Leadership for Development and Integrity (SELDI) coalition and the Macedonian Anti-Corruption Platform have developed and implemented a civil society-led approach to monitoring and tackling corruption, which provides policy makers with important insights.

The Director of the Economic Program of the Center for the Study of Democracy, Ruslan Stefanov, presented the latest findings of the Shadow Power: Assessment of Corruption and Hidden Economy in Southeast Europe report, prepared by Southeast European Leadership for Development and Integrity (SELDI) — the largest indigenous good governance initiative in SEE – at a panel discussion in the School of Advanced International Studies (SAIS) at Johns Hopkins University on 17 October 2016. According to Mr. Stefanov, the results from the most recent corruption monitoring exercise shows that in none of the countries in the region has there been a clear sustained policy breakthrough in anticorruption though efforts to deliver technical solutions and to improve the functioning of the law enforcement institutions, mostly with support from the EU, have continued and even intensified in some cases. This has led to further slow decline in administrative corruption levels but at the expense of waning public support for reforms and of declining trust in national and European institutions.

Martin Vladimirov, Energy Analyst in the Economic Program of CSD, underscored that one of the weakest links in the governance of the countries in the SEE has been the management of the energy sector. Mr. Vladimirov mentioned that the persistent state capture practices in the energy sector have transformed into a separate energy security risk along with excessive dependence on energy imports; reliance on a limited number of energy suppliers; high energy poverty levels; unsustainable energy intensity and demand. He added that the corporate governance of state-owned enterprises (SOEs) is characterized by political meddling in the day-to-day operations; non-transparent staffing procedures; prevalent political affiliations; conflicts of interest; and limited management transparency and accountability. CSOs and governments should look for several red flags: unfavorable financial indicators of SOEs, debts, and public procurements that prioritize a single company, especially in the construction of sometimes unnecessary infrastructure. 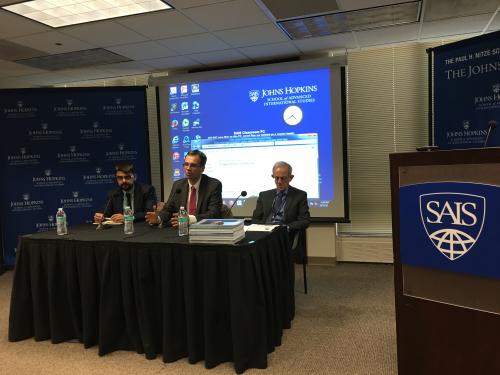