In the digital age, Russia attempts to exploit the weaknesses and fractures of the media sphere in order to assert its influence in European countries and undermine Euro-Atlantic alliances. In particular, Russia tries to denigrate the European Union as an international partner and sow distrust and disunity in the European public discourse. Russia’s soft power has sharpened recently by strengthening anti-liberal and anti-democratic sentiments, hence reinforcing nationalist narratives and promoting Kremlin’s political model. Bulgaria is subject to wide-ranging Russian influence, enabled by cultural proximity, historical ties as well as the Kremlin’s deeply entrenched political and economic leverage in the country. During the webinar on Russian media influence in Bulgaria on June 1, 2021, the panelists discussed the challenges and possible solutions for this widespread and increasingly concerning issue of ‘disinformation eroding liberal democracy'.

The conference opened with the presentation of the Center for the Study of Democracy’s report on Russian Media Influence in the region by Dr. Rumena Filipova. The study explored specific patterns of pro-Kremlin reporting in Bulgaria, commonalities of pro-russian anti-democratic narratives and the general discursive ecosystem in Russian disinformation. The other panelists, Dr. Gergana Dimova and Irina Nedeva, also shed light on how journalists’ insufficient recognition and low income created an environment conducive to corruption and bribery from Russian actors. All three panelists pointed to ill-defined desinformation laws and their unrigorous application as a main enabler of the presence of Russian influence in Bulgarian media. The webinar ended with the panelists reflecting upon the areas of improvement to tackle this issue, which included government action, raising public awareness, the institutional sphere in general, and EU economic and political assistance. 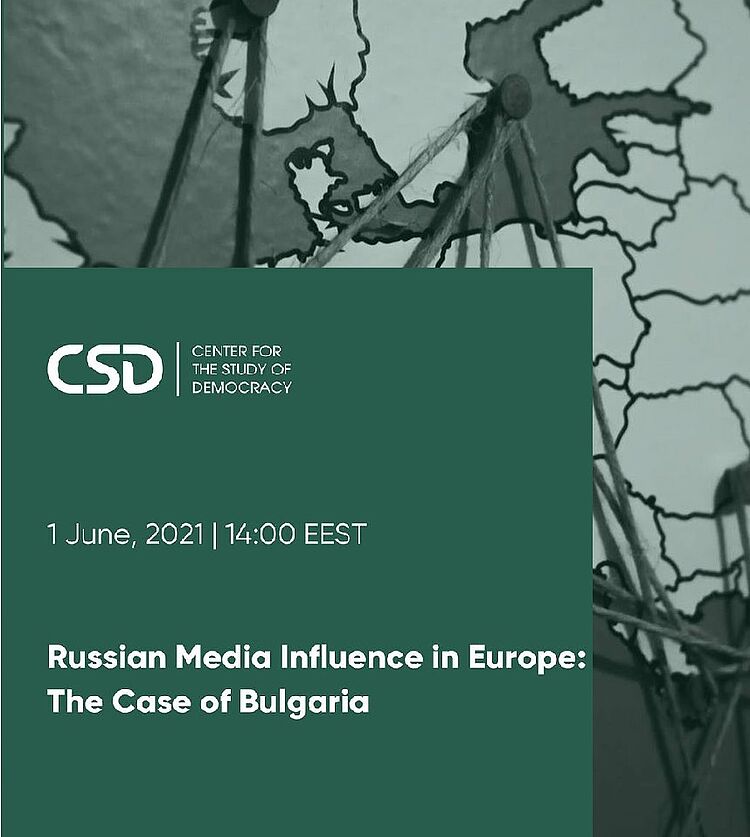