The roundtable discussion focused on the importance of going beyond mere identification of malicious narratives and the actors behind them by also recognising the vulnerabilities of the targeted countries and societies. Participants noted that Russian-driven disinformation tactics are part of a wider state capture policy mix, in addition to rule of law deficiencies in the EU and home-grown polarisation. The latter is also a fertile ground for further susceptibility of society to the spread of disinformation. Hence, the response needs to be multi-layered and coherent across EU institutions and member states.

In numerous countries, governments have taken a clear lead in fighting disinformation, but their initiatives often face internal political dissent or constraints in implementation capacity. Most have preferred to focus on large media platforms than engage in a more comprehensive response to foreign malign disinformation. In most countries though civil society organisations are leading the efforts to tackle foreign malign disinformation, including monitoring, exposing, debunking, and media literacy initiatives. In his closing key-note Adrian Arena, Director of the Human Rights Programme at the Oak Foundation, underlined the need to move from the diagnostics stage to the rebuttal stage, with malicious narratives and their propagators being rebutted by civil society organisations. An empowerment of CSOs and creating a more resilient society thus appear to be the key in this transition. As China appears to be learning from the Kremlin media playbook, rebuttal will be of increasing importance to maintaining healthy media landscapes in Europe in the following years. 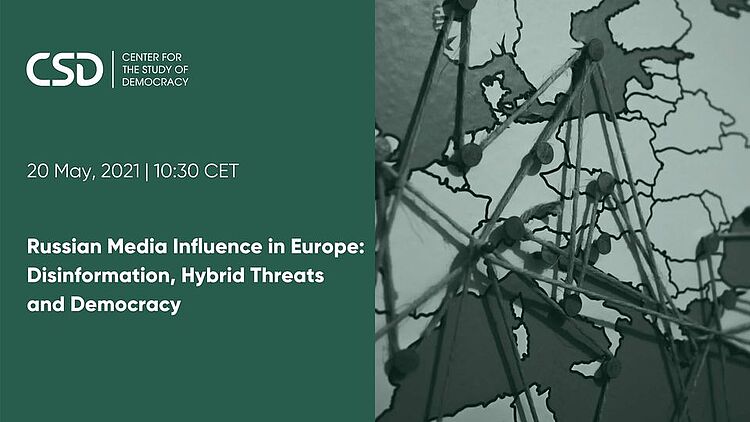