After the collapse of communist regimes in Eastern Europe, Roma communities in these countries turned out to be disproportionately affected by the processes of economic and social changes that have undergone and undergo the national societies. Despite the abundance of targeting Roma policies at European, national and local level, the results of the recently finalized Decade of Roma Inclusion points too weak results or even negative changes in virtually all major areas : from education and early childhood development through the general welfare of communities to prevailing social attitudes and the state of the fundamental rights. Increasingly becomes clear the need to apply new approaches and flexible policies that lead to tangible results for specific communities within a foreseeable time span.

On 18-19 May 2016 in the city of Kavarna, the Romanian Centre for European Policies, Romano Boutique and the Center for the Study of Democracy organized a workshop under the initiative Roma integration across the Danube: Best practices and social entrepreneurship models exchange between Romania and Bulgaria. The main objective of the event was the exchange of experience between representatives of the civil society, local authorities and Roma entrepreneurs from the Danube regions of the two countries. It was attended by representatives from municipalities Bucharest, Dambovitsa and Craiova from the Romanian side and Kavarna, Lom and Razgrad - from the Bulgarian side.

The first day of the meeting was devoted to sharing the unique experience of Kavarna in the integration of Roma communities. Mr. Martin Bashev, former Head of "Integration of Minorities" Department of Kavarna Municipality in four consecutive mandates, explained the general philosophy of ongoing policies based on the principle of equality between ethnic groups; the approach relying primarily on the active involvement of the community in solving issues that affect them; and the main achievements in terms of political representation, infrastructure, housing, education and employment. After numerous questions of the participants to Mr. Bashev a field visit was organized to "Hadji Dimitar" quarter in Kavarna.

After the visit, Ms. Slavyanka Ivanova, senior researcher at the Sociological program of the Center for the Study of Democracy, presented the main results of the study Socio-Economic Effects of Public Investments for Roma Inclusion in Kavarna, conducted by the Center in 2015.

During the second day Ms. Oana Toyu from Romano Boutique presented implemented and ongoing micro-projects in the field of social entrepreneurship. The organization seeks representatives of Roma communities in Romania who master a variety of traditional Roma crafts, assisting them to rebuild their business and find a market for their products. Thereby Romano Boutique fulfills several key objectives using the resources of the Roma communities themselves: restoration of traditional crafts as part of the Roma cultural heritage and attracting young people in the communities to acquire them; helping craftsmen in providing a decent living for themselves and their families; and last but not least, countering widespread public perceptions of Roma as uneducated and lazy people who rely solely on the care of the society.

After examining the various specific models of social entrepreneurship, the participants from both countries discussed in small groups and worked out ideas for possible similar projects in their municipalities. Ms. Alexandra Toderita by the Romanian Center for European Policies presented funding opportunities with EU funds municipalities from the Danube regions could benefit from for projects aimed at Roma integration. 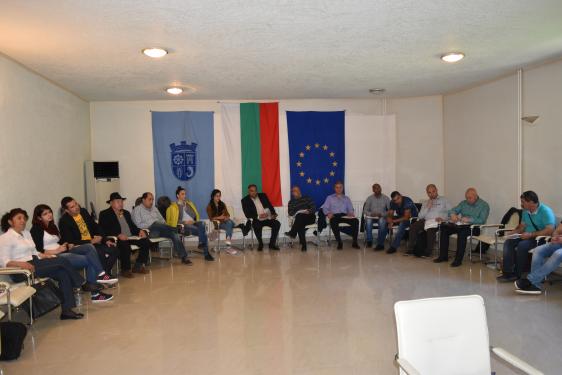 Agenda for the second day of the seminar 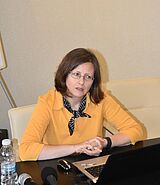 Ms. Slavyanka Ivanova, senior researcher at the Sociological program of the Center for the Study of Democracy 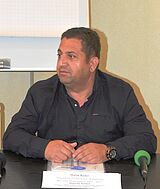