Over the last decade radicalisation and extremism are of growing concern for European societies. New risks of Islamist and far-right radicalisation have impelled the introduction of policies, the effects of which are only now being evaluated. As radicalisation that risks escalating into violence is more amenable to prevention than repression, having the capacity to detect early warning signs and trace the spread of extremist activity over time is critical.

In Bulgaria, radicalisation as a potential threat to society has only recently been raised in public debates and entered the political agenda. Despite the formulation of a new strategic approach with focus on prevention, there is insufficient understanding of the contributing factors to radicalisation and the most suitable measures to diagnose and address risks. To bridge these gaps, the Center for the Study of Democracy analyzed the threats associated with different manifestations of radicalisation in Bulgaria (including Islamist, far right and far left radicalisation and football hooliganism) and developed a set of methodologies for monitoring radicalisation risks and trends in extremism. These were discussed on 28 February 2017 at the Academy of the Ministry of the Interior, during a round table held by CSD with experts from the Ministry of the Interior, the General Directorate National Police, the State Agency for National Security, the General Directorate Combatting Oranised Crime, the Institute for Psychology and others.

Rositsa Dzhekova, Coordinator of the Security Program at the Center stressed that a sound methodology for situational assessment of extremist trends based on criminal statistics, surveys, intelligence and open source data is crucial to obtain an accurate picture of extremist acts and actors and the evolvement of threats over time. Such an assessment is an invaluable aid for strategic and operational planning and the informed formulation of counter-measures. Rositsa further highlighted that the share of unreported extremist crimes in Bulgaria is high, which accompanied with the often incorrect registration and classification of some crimes with discriminatory motive in the statistics impedes mapping the actual extent of the problem. At the same time, victimisation surveys and other data sources can compensate for missing or unreliable data.

Tihomir Bezlov, Senior Еxpert at the Security Program discussed the factors behind the emergence, growth and recent trends in football hooliganism in the country. He focused on the importance of the tendency for political instrumentalisation and radicalisation of football fan clubs, which became especially prominent during the public protests of 2013-2014.

Dr. Mila Mancheva, Senior Analyst at the Sociological Program of CSD, elaborated on the risks of Islamist radicalisation in Bulgaria, noting that while there are some isolated cases of worrisome or potentially criminal behavior, Bulgarian Muslim communities are on the whole resilient to radicalisation. She differentiated between two sets of phenomena and associated factors: the process of adoption of Salafi interpretation of Islam among some Bulgarian speaking Muslims and some Roma communities, and the expression of support for terrorist organisations among an isolated group of individuals.

Rositsa Dzhekova presented a framework for risk indicators developed to raise awareness and understanding of signs of radicalisation among first line practitioners. It provides a foundation for key institutions to develop tailored early warning mechanisms for the purposes of prevention.

During the discussion, participants highlighted the establishment of contacts with mosques in Western Europe as a potential risk factor for radicalisation of some local Muslim communities. Further issues discussed were recent developments in football hooliganism and their propensity to violence. 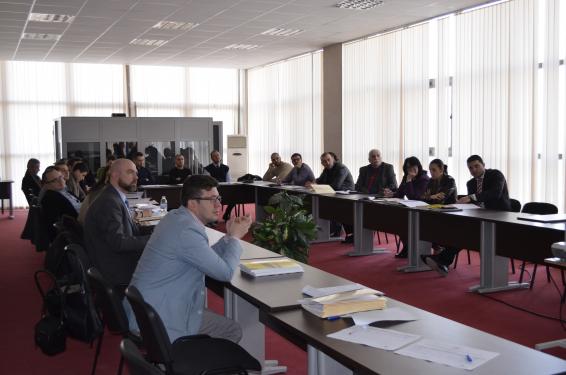 During the round table 'Radicalisation and extremism risks in Bulgaria: towards more effective diagnostic and assessment tools', 28 February 2017, Sofia

During the Presentation of Dr. Mila Mancheva, Senior Analyst at the Sociological Program, Center for the Study of Democracy 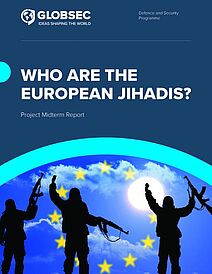 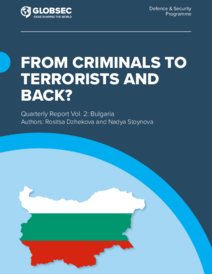 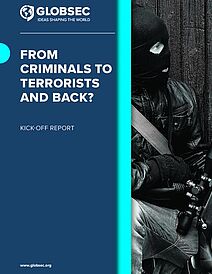 From Criminals to Terrorists and Back: Kick-off Report 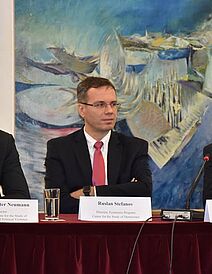 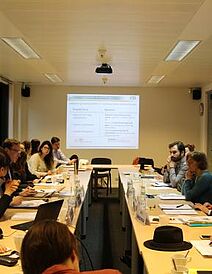 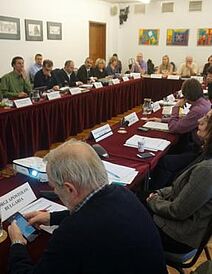 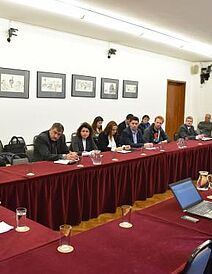