Over the past two decades, Bulgaria and North Macedonia have made significant progress in Euro-Atlantic integration. However, both countries face serious governance challenges that enable state and media capture, thwart prosperity and weaken European security. Following the French Proposal for resolving the remaining thorny differences between the two countries, it is time for the governments in Sofia and Skopje to prioritize a joint agenda for investment and growth. The EU and NATO frameworks provide ample resources to implement such an agenda. Through different cooperation mechanisms Bulgaria and North Macedonia could seek to leverage the substantial public resources at their disposal to attract at least three times as much private-sector constructive capital, a much higher level than the current stock of investments between the two countries, which stands at below €200 million.

In order to raise awareness of the harmful effects of corrosive capital and to seek opportunities for attracting constructive capital, on 8 November 2022 CSD hosted the Foreign Minister of Bulgaria Mr. Nikolay Milkov, and of the Republic of North Macedonia Mr. Bujar Osmani at a policy discussion on a roadmap to increase connectivity between the two countries. The event, held with the support of the Centre for International Private Enterprise (CIPE), Washington D.C., was attended by representatives of the two political parties with largest number of MPs in the current parliament, Mr. Deliyan Dobrev, Chairman of the Energy Committee, and Mr. Daniel Lorer, Deputy Chairman of the Committee on Economic Policy and Innovation, as well as representatives of the diplomatic missions of EU Member States, the US, Switzerland and the Republic of Korea. 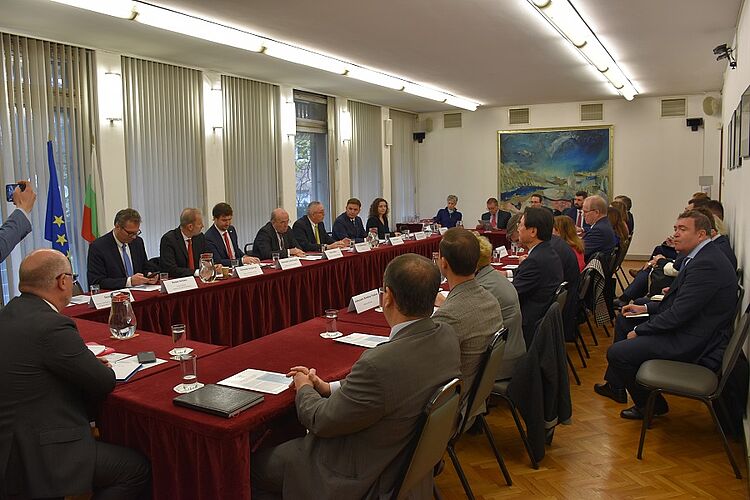