On 9 September 2015 Mr. Ruslan Stefanov, SELDI Coordinator and Director of the Economic Program of the Center for the Study of Democracy and Ms Emina Nuredinoska, Director Civil Society at SELDI partner MCIC, met with the State Commission for Prevention of Corruption in Skopje to provide input to the next Anticorruption Strategy. The Chairman of the Commission introduced the draft new Strategy and outlined the five areas of work, on which the Commission wants to focus its activities until 2019. Mr. Ruslan Stefanov presented the SELDI work in the SEE region, and provided an outline of the key points concerning Macedonia in a regional perspective.

He noted that the strategy should try to touch upon the three top recommendations derived from the SELDI Regional Anticorruption Report:
• Effective prosecution of corrupt high-level politicians and senior civil servants is the only way to send a strong and immediate message that corruption would not be tolerated.
• An independent corruption and anti-corruption monitoring mechanism needs to be introduced on national and regional level in order to provide robust data and analysis and integrate both corruption diagnostics and anticorruption policy evaluation. The mechanism should be implemented through national and/or regional civil society organisations and networks, and should be independent of direct national government funding.
• Critical sectors with high corruption and state-capture risks, such as the energy sector, should be addressed with priority.

He praised the Commission for its hard work in preparing the initial draft of the strategy, and noted that it will require a lot of input from other representatives of the executive, as well as very good collaboration form the judiciary. He concluded his presentation by noting the importance of developing a more detailed and robust monitoring and evaluation mechanism of the new Strategy following best EU practices and SELDI experience. 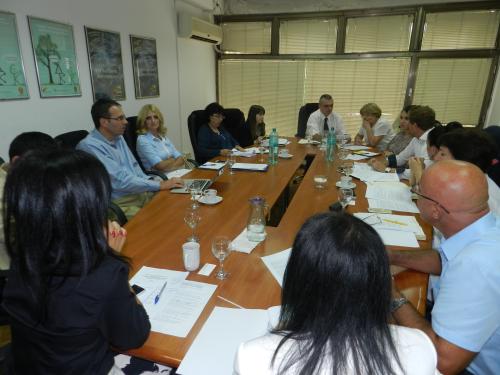