The Balkan region is a crossroad for the trafficking of many illicit commodities and a geographical hub for the smuggling of migrants who are trying to enter Western Europe. The war in Ukraine has expanded the opportunity space for organized crime in the region, which is particularly vulnerable and lacks the necessary toolkit to counter the negative trends related to organised crime and corruption at seaports, prostitution and human trafficking, drug trafficking, the links between football hooliganism, politics and violent crime, racketeering, and illicit trade.

On 14 July 2022, the Center for the Study of Democracy and The Global Initiative against Transnational Organized Crime (GI-TOC) held an international conference that focused on organized crime in the Balkan region. The conference brought together key stakeholders from the government, academia, media, and civil society, who emphasised the need for building a global strategy to fight organised crime. A fundamental building block toward this goal is to improve and expand cooperation between local actors and institutions in the Balkans. 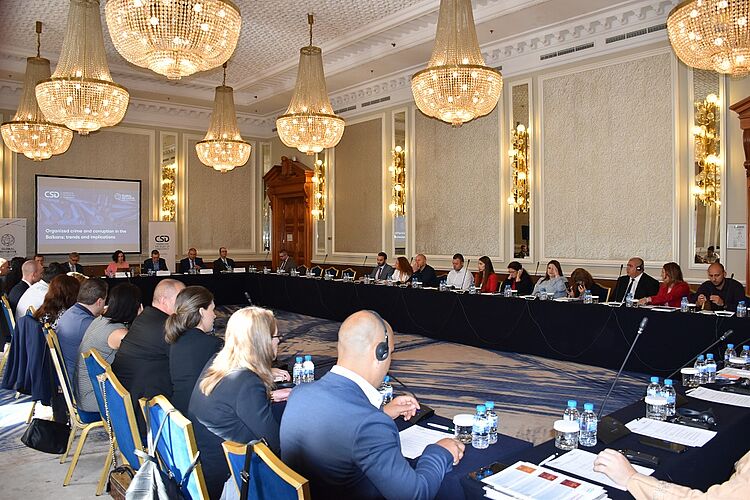 During the International Conference 'Organized Crime and Corruption in the Balkans: Trends and Implications', 14 July 2022, Sofia