On 2 June 2015 the Center for the Study of Democracy held a round table to present the Monitoring Anticorruption Policy Implementation (MACPI) tool and the results of its application in the Bulgarian Border Police.


The round table was opened by Dr. Ognian Shentov, Chairman of the Center for the Study of Democracy, who emphasized that CSD has fifteen years of experience in corruption monitoring and analysis. Building upon this experience, CSD has developed an innovative tool that evaluates the effectiveness of anti-corruption measures at public institutions.

Dr. Alexander Stoyanov, Director of Research at CSD, explained that the MACPI tool was designed to reveal both deficiencies in the implementation of anti-corruption measures and in the measures themselves. MACPI measures the following four indicators of effectiveness at institutional level: adequacy of anti-corruption policies, implementability, implementation, and ultimately, whether they reduce corruption interest and corruption pressure. The tool takes into account the level of corruption involvement both at a national and institutional level. Results from the 2015 national survey showed that about 18% of the population have taken part in a corruption transaction, and about 27% have experienced corruption pressure. Over the years, levels of corruption have fluctuated significantly, showing no lasting positive trend. Regarding the results on the effectiveness of anti-corruption measures, Dr. Stoyanov reported that the majority of existing policies are formally applied and more systematic control of the implementation of the measures is required. An example of such a measure is the submission of annual declarations of assets and income and the requirement for managers to control the process. However, results are still ambiguous because if the declarations are not properly verified, the managers can not use this tool to combat corruption.

Mr. Alexander Gerganov, researcher at CSD, noted that MACPI was developed with the rationale to be implemented periodically in order to monitor progress in the application of anti-corruption policies. At present, the pilot implementation of the tool is used to assess the current state of anti-corruption policy in a certain state institution, and to fine tune the methodology of MACPI. For the first time a tool of this nature applies quantitative methods among employees of public institutions to evaluate corruption. In this regard, one of the crucial issues in the implementation of MACPI was whether employees would be sincere enough. So far, the analysis shows that to a large extent they are as sincere as the population in general. As far as the results of the MACPI implementation in Border Police are concerned, corruption pressure appears high in all activities of the structure, including activities that were not considered particularly risky during initial evaluations. Furthermore, there is an urgent need of specific anti-corruption policies to address certain activities.

Lieutenant General (Ret'd) Chavdar Chervenkov, Senior Expert at CSD Security Program, opened the discussion by expressing gratitude for the cooperation of Border Police and all other institutions, which applied or will be applying the MACPI tool. He stressed that effective results can only be achieved through goodwill and close cooperation with the institutions.

Mrs. Sylvia Kadreva, Director of the Public Register Directorate at the National Audit Office, clarified that the Directorate has an automated system for reporting and verification of declarations of assets and income, which guarantees the rigorous check of each individual document. Based on this experience, she suggested that the deployment of similar automatic systems at all levels of the state administration would eventually lead to much greater effectiveness of the measure.

Ms. Rumiana Bachvarova, Deputy Prime Minister and Minister of Interior, stressed that the MACPI tool can be extremely valuable to state institutions as it allows to focus on details and existing anti-corruption measures, as well as the formulation of new policies. Corrupt practices are always ahead of anti-corruption measures, and therefore in combatting corruption, it is crucial to follow the dynamics of the environment in which they develop. In general, it is important that tools like MACPI are applied systematically, because the establishment of a trend is more important than the absolute value of the assessment at a given time. The survey at the Border Police was conducted several months ago and since then changes have taken place. Their effectiveness can be assessed, if the tool is applied again. Ms. Bachvarova pointed out that with the development of the MACPI tool, the Center for the Study of Democracy has once again demonstrated its leadership in combating corruption. 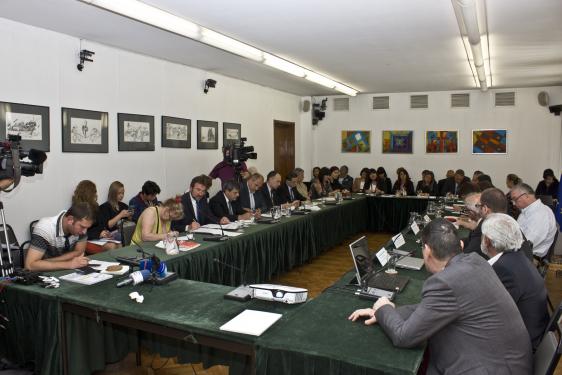 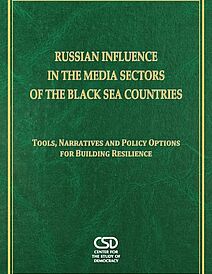 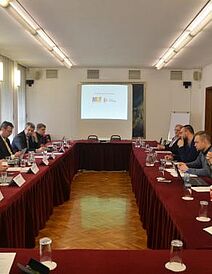