The opportunities for establishing an ombudsman for the armed forces in Bulgaria were among the main topics discussed at the meeting of the Parliamentary Commissioner for the Armed Forces of the German Bundestag Dr. Willfried Penner and senior representatives of the Center for the Study of Democracy. The meeting was held on September 28, 2004, at the Commissioner’s Office in Berlin and was part of the newly launched initiative of to examine the opportunities for introducing specialized ombudsman institutions in Bulgaria, such as health services ombudsman, armed forces ombudsman, etc. The meeting was attended by the Commissioner’s advisor Mr. Guido Large, the Deputy Head of Mission of the Bulgarian Embassy in Germany Mr. Atanas Krastin, and the representatives of the CSD Dr. Ognian Shentov, Chairman, Mr. Vladimir Yordanov, Executive Director, Dr. Maria Yordanova, Director of the Law Program.

During the discussions CSD representatives briefed Dr. Penner on the efforts of the Center, lasting more than 6 years now, for introducing ombudsman institution on national and local level in Bulgaria, including the recently started examination of the opportunities for establishing an ombudsman for the armed forces to protect soldiers’ rights and counteract abuse and corruption in the armed forces. Such an institution could be of particular importance for countries in transition because of the possible transformation of their military service into professional one and the increasingly active involvement of armed forces from these countries in peace-keeping operations in conflict areas under the patronage of the UN, NATO and other organizations. Dr. Penner, whose educational background is in the field of law, presented the organizational structure and activities of the Parliamentary Commissioner for the Armed Forces. The institution was established by amending the Basic Law for the Federal Republic of Germany (the German Constitution)in 1956 and adopting, one year later, the Law on the Parliamentary Commissioner for the Armed Forces, in force since June 27, 1957. In practice, however, the institution started operating in 1959 when the Parliament elected the first Commissioner.

The Parliamentary Commissioner for the Armed Forces assists the Bundestag in exercising parliamentary control by safeguarding the rights of the members of the armed forces and observing the implementation of the principles of the Internal Command. The Commissioner is elected by and reports to the Parliament, working in the same time in close cooperation with the Parliamentary Defense Committee.

In the course of the meeting Dr. Penner provided the representatives of the CSD with a set of information materials related to the operation of the Commissioner, including the legal framework, the organizational structure and the budget of the institution.

Dr. Penner expressed his readiness to support the efforts of CSD for introducing ombudsman institutions in Bulgaria by visiting Bulgaria to present the work of his institution as well as by hosting a meeting with a delegation of Bulgarian MPs, representatives of the armed forces and experts. 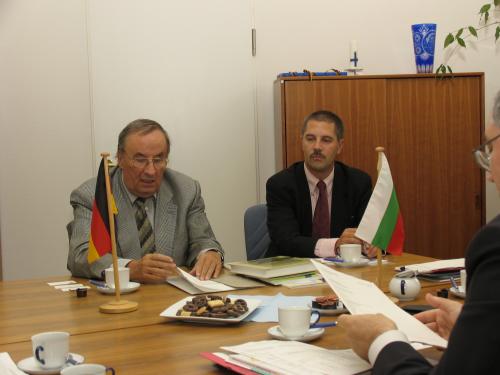 The Parliamentary Commissioner for the Armed Forces of the German Bundestag Dr. Willfried Penner during the meeting with CSD senior representatives 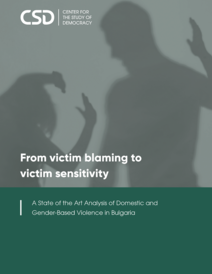 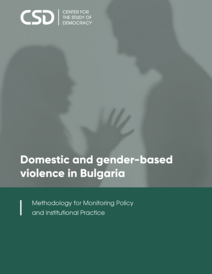 Domestic and Gender-Based Violence in Bulgaria