The growth of Russian economic influence and propaganda in the media of Central and East European countries has become evident in recent years. To address these issues, CSD has engaged in analyzing the Russian economic footprint and ownership links in the media sector. The preliminary results show several similarities as well as differences between different CEE countries in the “tools” used by Russian-controlled media for disseminating content and political messages.

In Bulgaria, for example, media ownership is not the primary means of influence, but rather the Russia-backed community of content creators and providers such as online news platforms, independent journalists, bloggers and internet trolls. The study further suggest that the presence of non-media companies from the energy, real estate and banking sectors in the shareholding and management of media companies also influences to a large extend the decisions-making and agenda-setting.

In contrast, Georgian media is the main source of anti-western messages, followed by the pro-Russian political agenda of some political parties. The most common media propaganda methods used are the fake news, photo fabrications, conspiracy theories and demonization of NATO, the European Union and the European values. The Armenian media landscape was also described as one lacking freedom of speech and influenced by the strong economic involvement of Russia. Russian television plays prominent role due to the significant Russian diaspora in Armenia and use of Russian language.

Ukraine presents a special case. Due to the ‘active’ conflict between Russia and Ukraine at the moment, the media is focused more on the anti-war rhetoric. Thus, the participants argued that rather than direct anti-western propaganda, Kremlin aims at shaping internal social conflicts. Media outlets evade the glorification of Russia, as well as discussing the issue of Crimea. The media topics are instead concentrated on depicting the Ukrainian government, its attempts for reforms and closing ties with the EU as harmful for the Ukrainian society. As a result, the trust in the government and the state is undermined.

The speakers underlined that Russian propaganda and disinformation tactics are evident in Moldova since the Transnistrian conflict in 1992. With the recent outbreak of the conflict in neighboring Ukraine, Russia has transitioned to a more aggressive stage of media use as means of control. The biggest television channels, which are the primary source of information in Moldova, are owned by pro-Russian oligarchs. Within this media landscape, the West and its values are vilified, portraying US, NATO and EU as responsible for the military conflicts around the world.

At the closing of the workshop, held on 22 February 2018, the CSD experts presented their goals on the development of a methodology, quantifying the Russian economic footprint in the media sector in the Black sea region. It will combine multiple data sources and data collection methods, such as financial, ownership and management hard data, case studies, expert assessment and content analysis of selected media outlets. Thus, by developing a clear and transparent guideline for other organisations to use, CSD hopes to raise the awareness on this issue. 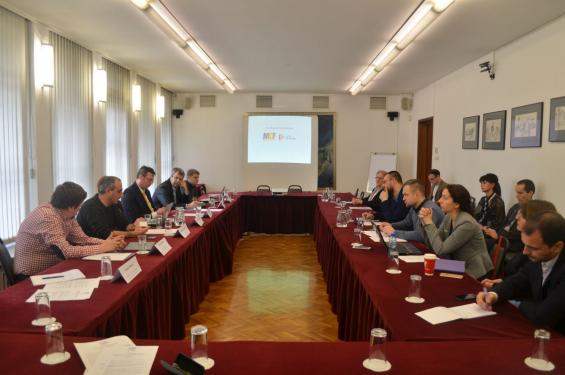