Homophobia and unequal treatment for LGBTI people remain widespread across the EU. While indicators vary in the different Member States and the situation seems more favorable in some, compared to others, data shows that no country has achieved full LGBTI equality. Bulgaria is among the countries where the situation remains quite unfavorable. According to the ILGA-Europe Rainbow Map (2016), which shows the human rights situation of LGBTI people across the EU, Bulgaria scores 24 % (with 100 % denoting “rights fully respected” and 0 % denoting “violations, discrimination”).

On 24 January 2018 the Center for the Study of Democracy hosted the first Workshop along the national initiative for conducting a study on the situation of same-sex couples with recognition in another EU Member State who travel and reside in Bulgaria. The initiative is aimed to Identify discrimination practices of Member States which don’t acknowledge the rights of same-sex couples recognized in another EU country jurisdiction and thus violate the right of free movement within the European Union. Participants in the seminar were representatives of the partnering organizations Youth LGBT Organization Deystvie, GLAS Bulgaria Foundation, Resource Center Bilitis Foundation and Marginalia.

Liliya Dragoeva, analyst at the Sociological Programme of the Center for the Study of Democracy, presented the framework of the initiative and stressed on its aims and activities. The session was continued with a discussion pointing out the need for raising awareness among the LGBTI community in Bulgaria and abroad about the limitations regarding freedom of movement across the EU which same-sex couples face. The participants also underlined the importance of putting the topic of discrimination of same-sex couples from other EU Member States in Bulgaria high on the public agenda.

Dr Mila Mancheva, Director of the Sociological Programme of the Center for the Study of Democracy, presented research methodology for conducting a national study on the situation of same-sex couples with recognition in another EU Member State who travel and reside in Bulgaria. Aimed Following the conduct of the study and based on its results an awareness rising strategy will be developed with the aim to trigger improvements in the treatment of the LGBT community and targeting the relevant authorities and the general public. 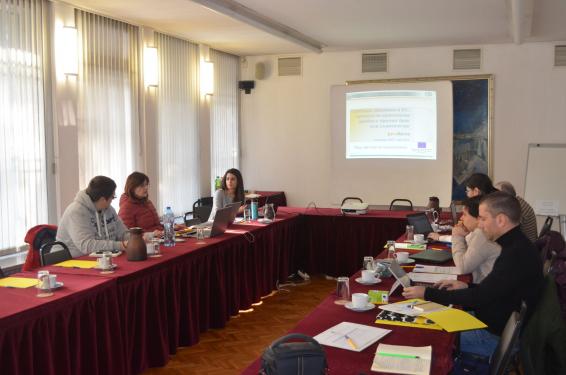 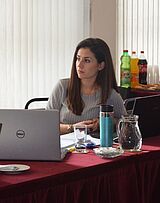 Funded by the European Union’s Rights, Equality and Citizenship Programme (2014-2020)