International Conference: Re-socialization of Offenders in the European Union: Enhancing the Role of Civil Society

International Conference: Re-socialization of Offenders in the European Union: Enhancing the Role of Civil Society

On 19 January 2015 the Center for the Study of Democracy held an international conference on Re-socialization of Offenders in the European Union: Enhancing the Role of Civil Society with the participation of experts from Belgium, Germany, Spain, Lithuania, Italy, legal professionals and representatives of state institutions and civil society in Bulgaria.

Dr. Maria Yordanova, Director of CSD Law Program, welcomed the participants and briefly introduced the initiative "Re-socialization of Offenders in the European Union: Enhancing the Role of Civil Society" (RE-SOC), coordinated by the Center for the Study of Democracy with the financial support of the European Commission, Directorate General Justice. She pointed out that penitentiary reform has been accorded a special place in the updated strategy for judicial reform of the Republic of Bulgaria.

Mr. Andrey Yankulov, Deputy Minister of Justice, stressed the importance of independent monitoring of places of detention, which can identify problems that have remained hidden from state institutions. He stated that in this regard the Ministry of Justice would continue to maintain close cooperation with NGOs.

In his statement, Mr. Konstantin Penchev, Ombudsman of the Republic of Bulgaria, stressed that the issue of re-socialization unavoidably raises the question to what extent people are de-socialized in the places of detention. He called for urgent measures in the area of juvenile justice and social rehabilitation of children leaving places of detention, and congratulated the Ministry of Justice for developing a new strategy for judicial reform, which for the first time includes the protection of human rights amongst its objectives. Finally, Mr. Penchev emphasized the Ombudsman’s responsibility to protect the rights of both prisoners and staff in the Bulgarian penitentiary system.

Mr. Dimitar Markov, Senior Analyst at the CSD’s Law Program, presented the Prison Conditions Monitoring Index developed within the initiative’s framework. He explained the Index’s aims, indicators and data collection methodology, and presented the results of the tool’s pilot testing in nine prisons in Bulgaria, Germany, Spain and Lithuania.

Mr. Alessio Scandurra, Antigone Association, Italy, presented the research project "Detention conditions in the EU" conducted by the European Prison Observatory (prisonobservatory.org). He talked about the study’s aims and conclusions regarding the inadequate state of prisons in the EU and mentioned a number of good practices identified by the researchers.

Dr. Martynas Vasiliauskas, Principal Legal Adviser, Office of the Parliamentary Ombudsmen of the Republic of Lithuania, shared his experience in protecting prisoners’ rights in Lithuania. He stressed that most of the problems in the penitentiary system are due to a lack of political interest in prisoners’ rights.

In the afternoon session, Ms. Anna Lyubenova, Secretary and Board member of the Initiative for Health Foundation, presented the problems related to drug use and HIV in prisons, paying special attention to the lack of adequate treatment and psychosocial rehabilitation programs for addicts. In addition, Ms. Lyubenova familiarized the participants with the organization’s latest initiative “Swiss-Bulgarian cooperation on reducing drug and HIV problem in prisons”.

Prof. Dr. Christine Graebsch and Dr. Sven-Uwe Burkhardt, University of Applied Sciences and Arts - Dortmund, Germany, presented their research on ambulant sanctions as an alternative to imprisonment in the EU. They talked about the problems and potential of non-custodial sanctions, but warned that there is lack of comparative data concerning the effectiveness of alternative sanctions due to the difficulties associated with conducting research in this area.

Ms. Veronika Minkova, Junior consultant, ICF International, Justice and Home Affairs Team, presented the experience of ICF in implementing European and national studies and evaluations in the fields of criminal justice, imprisonment and detention. She mentioned selected assignments from the company's portfolio, including policy analyses and evaluations of projects in the areas of human rights of crime victims and convicted offenders, children in legal proceedings, migration and asylum, and visa policy.

During the discussion Assoc. Prof. Emil Madzharov, lecturer in penitentiary psychology at the Southwestern University, mentioned the existing standard developed by the General Directorate Execution of Penalties in collaboration with British experts in 2009, which is however not applied in practice. Mr. Dimitar Markov expressed the Law Program’s willingness to integrate the Prison Conditions Monitoring Index with other existing models in order to create a working and applicable tool. Ms. Lilyana Sabeva, Secretary of the Supervisory Commission, Sofia Municipal Council, proposed for the supervisory commissions created by the Law on the Execution of Penalties and Detention in Custody to be used as a resource for strengthening the role of civil society in the implementation of sanctions and for NGOs to be involved in the conduct of trainings in places of detention. Mr. Dinko Kunchev, Bulgarian Lawyers for Human Rights Foundation, recalled that the topics on the agenda have been discussed for many years and there have been good ideas and strategies, which however have not been applied in practice due to lack of political will. He also expressed regret that the Council on the Execution of Penalties does no longer function. Mr. Rosen Zhelyazkov, General Director of the General Directorate Execution of Penalties, informed the participants that the reactivation of the Council on the Execution of Penalties is one of his priorities as Director, and that the number of prisoners in the country has decreased from 8800 to 7600 persons, which has reduced prison overcrowding. He explained that, given the standards set in the Law on the Execution of Penalties and Detention in Custody, which must be met by 2019, nine detention facilities have been closed and steps have been taken to build new places of detention and to improve the existing ones. Mr. Alessio Scandurra clarified the impact of the European Court of Human Rights on the reform of the penitentiary system in Italy. Dr. Martynas Vasiliauskas, Prof. Dr. Christine Graebsch and Dr. Sven-Uwe Burkhardt and Dr. Alejandro Forero Cuellar shared the experiences of their respective countries in reducing overcrowding and improving the protection of prisoners’ rights.

Prison Conditions Monitoring Index: Methodology and Pilot Results
Vulnerable Groups of Prisoners: A Handbook
Ambulant sanction as an alternative to imprisonment in the European Union 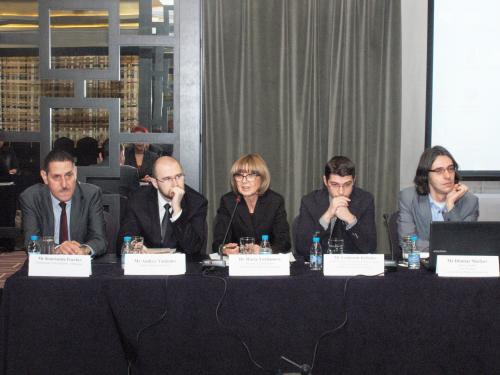 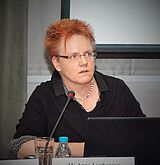 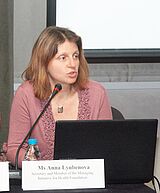 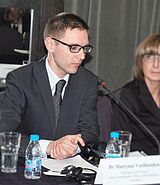 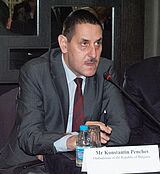 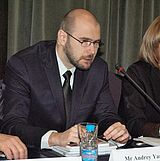 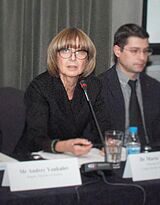 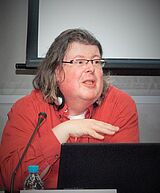