The Center for the Study of Democracy organized a Capacity Building Seminar on the 18 and 19 of January as part of the INTEGRACE project. The aim of the seminar was to clarify methodological issues related to the preparation of national country reports, program evaluations and impact assessments to be conducted and to present and discuss the most significant research findings so far. The participants in the seminar were Prof. David Ingleby of Utrecht University, Netherlands, Dr. Nando Sigona of the University of Oxford, Prof. Krystyna Iglicka of the Center for International Relations in Warsaw, Prof. Mati Heidmets, University of Tallinn/ Integration Foundation, Estonia, Prof. Anna Krasteva of New Bulgarian University, Prof. Ingegerd Rydin and Dr. Ulrika Sjöberg from the University of Halmstad, Sweden, Dr. Giuseppe Roma – Director of the CENSIS Foundation in Rome, Italy, Anna Italia and Luigi Bellesi of CENSIS – Italy, Helmut Sax and Sabine Mandl of Ludwig Boltzmann Institute of Human Rights (BIM) in Vienna, and CSD staff including Professor Andrey Nonchev (project Coordinator), Nikolai Tagarov (Project Manager and seminar moderator), Dr. Mila Mancheva, Svetla Encheva, Kristina Georgieva and Mario Battaglini.

The seminar commenced with Professor Nonchev’s presentation, who discussed the project Methodology of Best Practices Identification. Other participants introduced the findings from their research for the respective EU MSs. The round of presentations on country reports began with Dr. Mila Mancheva and the Bulgaria country report. Due to the lack of best practices in the field of educational integration of refugee and asylum-seeking children in Bulgaria, Dr. Mancheva presented a thorough situational analysis focusing on the main obstacles. She pointed out that the goal of most asylum seekers tends to be transit migration which hinders the development of a long-term educational integration strategy. As a result, the initiatives in the field at the moment are being conducted on an ad-hoc/case-by-case basis and with a displaced focus on teaching language skills while neglecting general education. Thus, the implementation of best practices in Bulgaria should focus more on the process of schooling itself, rather than being confined to the preparatory stages.

The BIM team presented the country reports on Austria and Germany. Mr. Helmut Sax emphasized that data on RASC is scarce in both countries; nevertheless, several examples of best practices from Austria and Germany were pointed out. Mr. Sax also focused on the need for special treatment of children victims of trafficking and considering a wider definition of “educational integration”. The BIM team pointed out that in order to successfully implement good practices, there should be less dependency on the individual commitment of teachers and more state involvement and support.

The seminar continued with the Netherlands and Luxembourg country reports presented by Prof. David Ingleby. In regards to the Netherlands, Prof. Ingleby pointed out that there has been a shift in attitudes in recent years and even a country famous for its liberal attitudes is adopting stricter asylum policies. Prof. Ingleby emphasized that the Netherlands has more good practices on newcomers in general and fewer specific to refugees and asylum-seekers. He also drew attention to the fact that RASC have little chance of integrating as more often they are schooled in the detention centres rather than in the schools along with having to move around quite often. Prof. Ingleby also emphasized the need to reduce dependency on projects and make good practices mainstream.

Prof. Ingleby also pointed out that Luxembourg is interesting with its high asylum applications rejection rate of 80-90% despite the country’s strong and stable economy. Professor Ingleby explained the seeming lack of openness of Luxembourg society with historic factors and the geographic location of the country: surrounded by powerful states such as Belgium, France, and Germany.

The CENSIS team presented the reports on Italy, Spain and France. Anna Italia presented the situation in Italy, including a thorough description of integration services. Ms. Italia also elaborated on the criteria for the identification of good practices and described a number of such practices. The presentation on Italy also focused on the problem of accommodation for refugees and asylum-seekers as well as the lack of separate data on RASC (it is included in the statistics on all migrants).

Prof. Krystyna Iglicka provided an overview of the situation in Latvia, Lithuania and Poland. Latvia and Lithuania show significant similarities. They both have little experience in dealing with refugees and asylum-seekers, mainly due to their recent history as communist countries. Integration policies in the Baltic States are also impeded by the fact that most refugee applicants treat them as transit countries rather than final destinations. Prof. Iglicka also pointed out that in both countries parents are reluctant to help their children integrate in society. Also, the lack of experience of both government and non-government institutions contributes to the poor performance of RASC in schools.

The situation in Poland, according to Prof. Iglicka’s report, is not very different from that in Latvia and Lithuania. There is a bigger emigration problem which is contributing to a negative migration balance. In regards to best practices, some efforts are being made; however, there is a lack of monitoring attendance of RASC; a lack of information about RASC country of origin and too much dependency on the good will of teachers.

The first day of the capacity building seminar concluded with a presentation by Hamlstad University, Sweden. Prof. Ingegerd Rydin explained that a large portion of newcomers are from neighbouring Scandinavian countries and presented an overview of some of the best practices in Sweden that include language as well as civic courses.

The second day of the capacity building seminar opened with Prof. Mati Heidmets’ presentation on Estonia, where the situation is quite unique: there are only a few RASC in the whole country. Prof. Heidmets elaborated on the distinction between old and new immigration and the need for implementing preparedness programmes. As an example he outlined several stress test initiatives conducted with the help of the Integration Foundation in Estonia.

The seminar concluded with a discussion of future project activities. Mr. Nikolai Tagarov outlined the project methodology for carrying out program evaluations of good practices for the educational integration of refugee and asylum-seeking children and the methodology for impact assessment of such best practices. One of the unique features of the INTEGRACE project is that it combines these two methodologies by first conducting program evaluations of already implemented best practices in Western European countries, and then conducting mirror social impact assessments of their possible implementation in two Eastern European countries (Slovenia and Bulgaria). The goal of this combined evaluation/impact assessment methodology is to identify, on the one hand, the key factors that have led to the success of a best practice in one environment, and on the other features that may need to be modified in order to make the practice more easily transferrable to new environments.

* Project co-financed under the European Refugee Fund. Sole responsibility lies with the author and the Commission is not responsible for any use that may be made of the information contained herein. 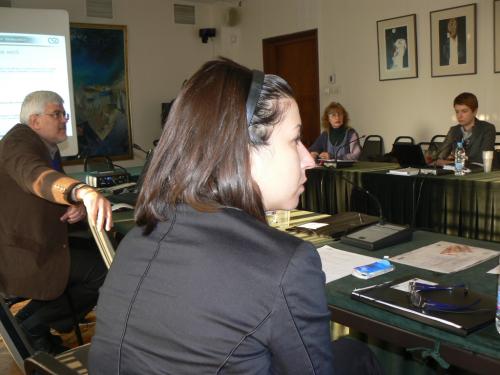 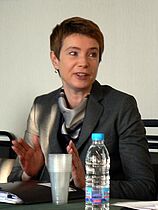