In the context of the increased migratory pressure on Europe in recent years, the European Union is actively seeking solutions to address the challenges it faces. The European Agenda on Migration 2015 focuses on enhancing the effectiveness of the return system by adopting a Return Handbook in order to standardize return practices in all Member States and develop stronger partnerships with third countries in the field of readmission.

In order to improve mechanisms for the return of third-country nationals with respect to their fundamental rights, on 11 May 2017 the Center for the Study of Democracy held a training seminar for future independent monitors to acquaint with the developed Standards for forced return monitoring. The event was attended by experts from the Migration Directorate at the Ministry of the Interior, the UNHCR, the Center for Legal Aid - "Voice in Bulgaria" and experts and independent monitors from the partner in the initiative CVS-Bulgaria.

The seminar was opened by Lt. Gen. Chavdar Chervenkov, Senior Fellow at the Security Program of the Center for the Study of Democracy, who stressed the importance and responsibility of working in the field of return of third-country nationals who no longer have permission for legal residence in Bulgaria as well as the importance of the conduct of independent monitoring of return operations to ensure respect for the fundamental rights and dignity of the returnees.

Dr. Mila Mancheva, Senior Analyst at the Sociological Program of the Center for the Study of Democracy, briefly outlined EU's policy in the fields of voluntary and forced return. Dr. Mancheva stressed that the topic of return currently is a priority within the EU and is perceived as one of the key tools for counteracting irregular migration. However, statistics show that the rates of effective return operations within the EU remain low at in comparison to the number of return decisions issued.

The representatives of the Migration Directorate, Rosen Talov and Mariyan Dyankov outlined the experience of the Ministry of the Interior in implementing the compulsory administrative measures under the Foreigners in the Republic of Bulgaria Act. The two experts commented on the similarities and differences between the returns of illegal migrants with civilian flights and FRONTEX operated missions and shared some practical examples that would serve observers in their future work.

After the break, Dimitar Markov, Senior Analyst at the Law Program of the Center for the Study of Democracy, presented the developed Standards for forced return monitoring in Bulgaria, paying special attention to the basic definitions, the fundamental rights of the returnees and the aspects of monitoring in the different stages of the forced return operation. In the ensuing discussion, the participants gave their suggestions for fine-tuning of the Standards, and specific questions about the technology of forced return monitoring were discussed. In the closing part of the event, Ilina Angelova shared UNHCR's experience in monitoring MoI’s Special homes for temporary accommodation of foreigners. 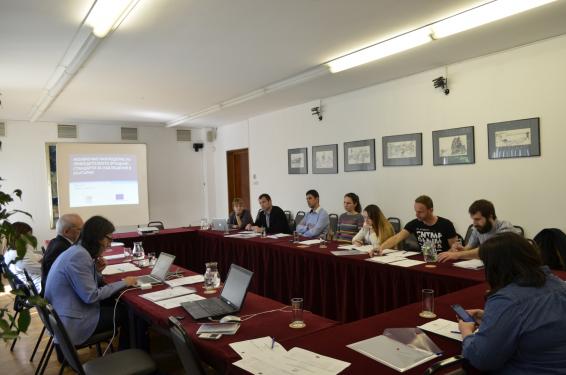 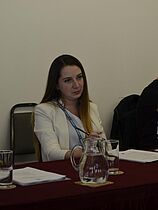 This initiative is implemented with the financial support of the Asylum, Migration and Integration Fund 2014-2020, co-financed by the European Union