Experience and expertise exchange between European countries affected by transnational organised crime can foster the development of law enforcement approaches informed by best practices but suitable for addressing specific national contexts. Strenghtening international cooperation can thus aid in increasing police capacity, recognising gaps in law enforcement practices and strengtening and adapting response towards emerging and established threats. The recent migrant and refugee crisis led to the emergence of new threats and trends in the activity of transnational organised crime such as the proliferation of human smuggling networks, as well as adaptation of traditional criminal markets to new profit opportunities. These require a timely reaction and adjustment of approach on the part of law enforcement authorities in both transit and destination countries for the illicit migration flow.

To strenghten police cooperation and contribute to improving police capacity in tackling cross-border organised crime, on 9 October 2017 the Center for the Study of Democracy (CSD) and the Norwegian Police University College (NPUC) organized a study visit in Oslo to facilitate exchange of experience between Bulgarian and Norwegian law enforcement bodies. The study visit was part of the initiative “Strengthening law enforcement responses to transnational organised crime in the context of the migrant crisis” and focused on discussing good practices in policing human smuggling and human trafficking in Bulgaria and Norway. Тhe seminar fostered successfully the exchange of experience and closer ties between relevant police bodies from the two countries and improved understanding of new cross-border criminal threats through sharing key research findings as a result of a joint study conducted by CSD and NPUC. The Bulgarian threat picture and key police measures to counter illicit migration and cross-border organised crime was introduced by representatives of the General Directorate Combatting Organised Crime, the General Directorate Border Police, the General Directorate National Police and the Directorate Internal Security. The Norwegian experience in tackling human trafficking and human smuggling was discussed by representatives from the National Criminal Investigation Service, the National Police Immigration Service and the National Police Directorate, as well as academic experts from NPUC as hosts. 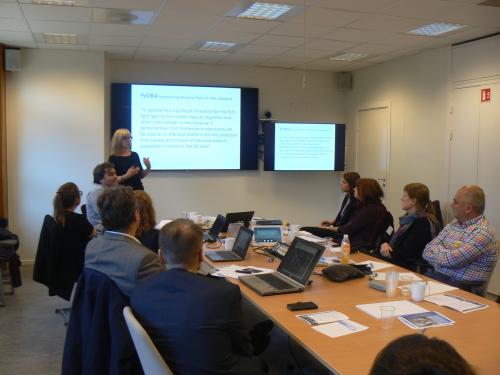 During the seminar in Oslo, 9 October 2017
Related

The Illicit Cigarette Trade along the Balkan Route: Measuring Vulnerabilities and Threats 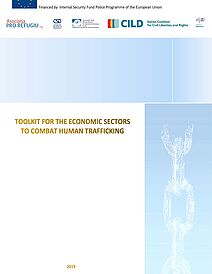 Toolkit for the Economic Sectors to Combat Human Trafficking