The hidden economy is a widespread phenomenon throughout the Western Balkans, which manifests itself in various sectors such as agriculture, services and construction. Moreover, it breeds unfair competition and corruption, and threatens the fulfilment of the EU accession criteria. The COVID-19 crisis has shed a new light on the problem of informality. Lockdowns imposed by governments in the region during the pandemic created a rapid spike in unemployment, thus increasing the risk of people seeking undeclared work. However the crisis could also be used as an opportunity, as some of the fiscal packages that WB6 countries have developed include positive signs of formalisation of the workers’ labour contracts and social security payments. These conclusions were noted by the participants at a SELDI webinar, held on 20 November 2020.

According to SELDI’s Hidden Employment Index between 2016 and 2019, hidden employment has increased in five out of the six Western Balkans countries. Serbia is the only country which shows a decline since 2016, while Kosovo* remains the country with the highest hidden employment share. A total of 60% of the employed in Kosovo* claim to have no healthcare insurance, and every tenth employed in the region has no social security coverage.

Javier Menendez Bonilla, Team Leader, Thematic Support – Economic Development, Directorate-General for Neighbourhood and Enlargement Negotiations (DG NEAR), European Commission stressed the importance of SELDI’s work on measuring the hidden economy and proposing specific measures for better targeted EU support and programmes in the area. The most recent EU initiatives, such as IPA III, take the issue of the informal economy into account and aim to provide incentives for the businesses to transfer into the formal sector. He also underlined that: “Informal economy is a multi-faceted problem and must be tackled in a comprehensive way, we see that despite the fact that the problem is often acknowledged in the Western Balkans, the comprehensive approach is often still lacking”.

Professor Colin Williams from the University of Sheffield underlined that SELDI’s hidden economy monitoring system is of paramount importance for the region’s governments and for setting up enhanced policies to address the phenomenon. He noted that the Western Balkan’s authorities could learn a lot from their counterparts in Europe, for example by developing the idea of a regional platform for tackling undeclared work. In that regard, the participants agreed that there is a need for a holistic integrated approach, based on cooperation between all stakeholders – government, civil society and workers’ organisations, private sector and the general public. In order to achieve efficient reforms, the panelists recommended that the national governments do not only carry out awareness campaigns, but also raise the quality of governance and fiscal control, which would in turn allow them to regain the public trust. 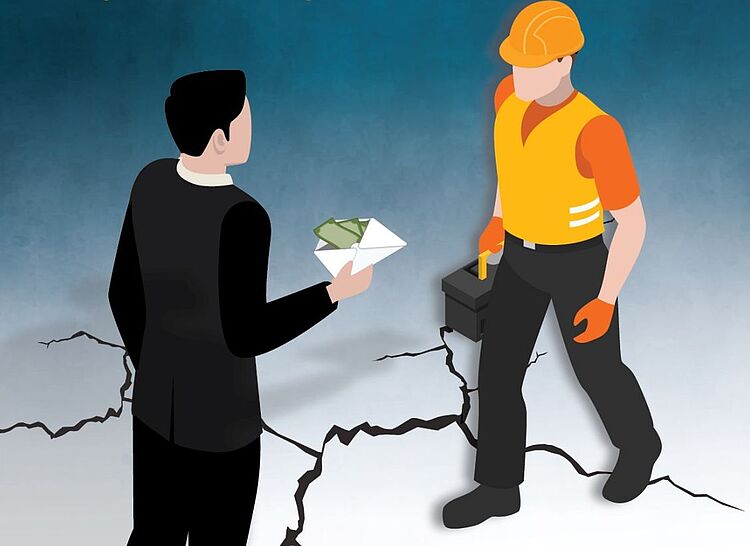 The panelists and discussants at the Webinar “Hidden Economy in the Western Balkans: Challenges and Lessons for Economic Recovery and Convergence”, 20 November 2020