Human Rights First, an US-based non-government organisation with extensive experience in empowering the civil society, held a special training for the SELDI members on the Global Magnitsky Act on 15 October 2020. Since 2016 the Magnitsky Act authorises the US government to sanction those who it sees as human rights offenders, freeze their assets, and ban them from entering the country.

During the training, the keynote speaker, Scott Johnston, Associate Attorney for Human Rights Accountability at Human Rights First discussed the possibility of CSOs in Europe to propose similar sanctions, in order to hold accountable corrupt actors, create diplomatic leverage, and pressure governments to reform. He listed the main steps in preparing a case file out of evidence, and described the methods that CSOs could apply to collaborate with journalists, witnesses, and corruption victims. Finally, he underlined the CSOs’ role in reviewing the effectiveness of the sanctions and promoting legislation changes, noting that sanctions should ideally be applied once the entire corruption network is known, thus punishing all actors involved. 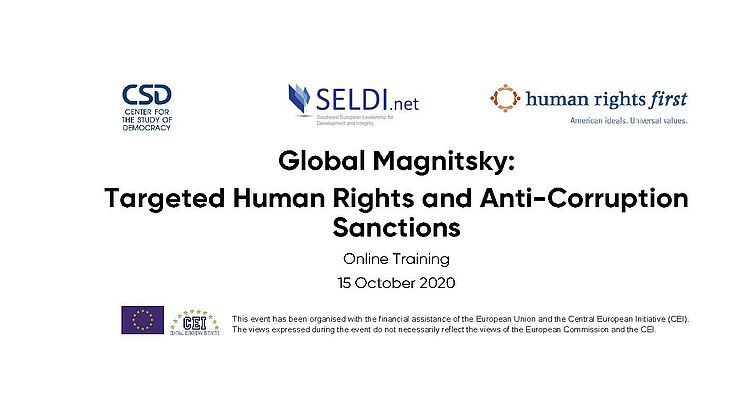