Russia and China have consistently been challenging the Euro-Atlantic integration of Southeast Europe and the Western Balkans. To achieve their goals, they have exploited various historical, cultural and economic vulnerabilities and governance deficits across the region, exercising a large degree of media influence over these nations as part of a greater authoritarian push. The Kremlin and Beijing have used state-sponsored narratives and disinformation, which together with their sizable economic footprint in the region has in some cases amounted to media capture. It is becoming clearer that the next decade will be dominated by a struggle between democracy and authoritarianism with China and Russia leading the charge. Southeast Europe needs to capture proof its media as a first step towards continuing its path to democracy.

The findings of Tackling Kremlin’s Media Capture Tactics in Southeast Europe, a new report by the Center for the Study of Democracy were discussed in a dedicated webinar on 26 March 2021. Elucidating how influence operations are tailored to specific states, how Russian-owned media outstrips domestic outlets by the sheer volume of their content and how sub-regional operations by China further amplify authoritarian narratives. The webinar included a presentation of the report by its author, Dr Rumena Filipova, as well as an opening speech by Ruslan Stefanov and moderation by Martin Vladimirov from the Center for the Study of Democracy. The panel included crucial insights from Roland Freudenstein, Policy Director for the Wilfred Martens Centre for European Studies and Martin Kragh, Head of the Russia and Eurasia Programme at the Swedish Institute for International Affairs.

Consensus arose about the need for stricter ownership transparency of media outlets across Europe and greater Magnitsky-style legislation to be rolled out for matters of political and economic corruption. The lingering democratic illusions of the EU for Russia after 1989 has allowed it to ignore clear warning signs and left countries in Southeast Europe, and the integrity of the Union as a whole, vulnerable to external influence. The shattering of the 1989 illusion has left phantom pains across Europe as the pendulum is now clearly swinging away from the democratic optimism of the 90s towards a dawning hybrid global conflict between authoritarianism and democracy. The European Union needs to reinvent itself in the post-Brexit landscape to counter accession-fatigue, i.e. designing new models of membership and applying stricter conditionalities on both EU-hopefuls in the Western Balkans and member states (e.g. Bulgaria and Croatia) who are enjoying the benefits of EU membership whilst still holding close to authoritarian instincts. 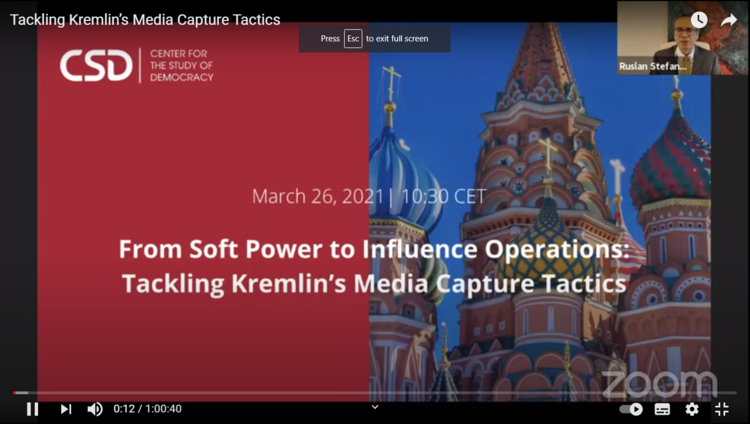