On January 13, 1999 an expert discussion on "Current Issues of Corporate Governance in Bulgaria" was held at the Center for the Study of Democracy. The representatives of Securities and Stock Exchange Commission, Center for Mass Privatization, Bulgarian Association of Licensed Investment Intermediaries, Securities Holders Association, non-governmental organizations, financial institutions, Bulgarian and foreign companies attended the discussion.

The meeting's goal was to present the experts' opinions on the current situation and the perspectives for the development of corporate governance in Bulgaria.

Most of the experts think that the corporate governance in the country doesn't exist in the models and forms, typical for the developed market economies. The reasons are:

Also, some recommendations, concerning the development of corporate governance and the improvement of companies' activities, were given. 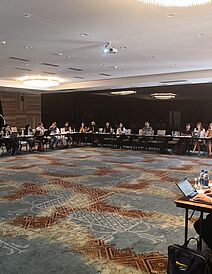