The governance of energy transition in Europe is still very much top-down and, only with few exceptions, individual countries follow EU priorities in the design and implementation of energy and climate policies, rather than setting up their own ambitious goals and targets. Many countries, particularly from Central and Eastern Europe, need to strengthen significantly the bottom-up approach and widen stakeholder involvement in the decision-making process, especially at the local and regional level. Governments should direct their decarbonisation efforts towards increasing social acceptability and affordability of the respective measures in order to ensure that citizens, local communities and SMEs, rather than large businesses alone, benefit from the energy transition. The emerging prosumer practices require important changes at the EU, national, local, and household levels and despite their wide presence in some of the countries (e.g. Germany, the UK, France, Norway, etc.), relevant policies and financial incentives for a shift in individual behaviours towards sustainable energy choices are still not available to the majority of citizens.

These are part of the conclusions discussed at the policy conference “Energy Transition Governance for Better Energy Security in Europe” organised by the Center for the Study of Democracy on 17 October 2019 in Paris, France. The conference started with a discussion on the common benefits and challenges of the energy transition from a Euro-Atlantic perspective with a focus on building common energy security and on transferring key policy instruments and know-how. It went on to outline the perspectives towards energy transition governance from a local point of view, aiming at understanding its challenges and bottlenecks and their possible solutions exemplified by the presented good practices. The last session of the conference focused on future decarbonisation pathways, as well as their corresponding outcomes for both citizens and governments. The conference also provided grounds to discuss the results of the H2020 project ENABLE.EU, in particular governance implications for the interactions between individual and collective energy choices, as well as the factors affecting them.

Melanie Kenderdine, Principal of the Energy Futures Initiative and former Energy Counselor to the U.S. Secretary of Energy, and Director of DOE’s Office of Energy Policy and Systems Analysis (2013–2017), opened the conference by reminding of the urgency of climate change, and the need for strong and reliable scientific data in solving the global challenges ahead. In the context of decarbonisation, the former oil-centred question of energy security and its definition must be reframed, including innovation investment (e.g. storage technologies) and renewables integration. She also underlined the emerging geopolitical issues related to energy transition governance, such as material-intensive green technologies’ and rare earths stocks’ concentration in a few countries, or the need for securing the supply chains of minerals and metals necessary for the production of wind, solar and storage technologies.

Ignacio Perez-Caldentey, policy officer at the Directorate-General for Energy, asserted that the European Commission is well aware of its mission and the challenges in the area, and reviewed the available advanced policy instruments (e.g. National Energy and Climate Plan). Although such instruments are satisfying, there is a growing sense of urgency, and Europe should strengthen and improve its Energy Strategy Framework, while making sure that no countries are left behind in the energy transition.

Georgios Antonopoulos, project officer at the European Commission’s Joint Research Center, highlighted the need for science-and-evidence-based solutions of the risks linked to decarbonisation and decentralisation, particularly on the social plane of the transition where issues range from energy fairness and energy poverty, through empowering consumers and communities, to better security of supply.

Stephen Eule, Vice President of the Global Energy Institute at the U.S. Chamber of Commerce, showcased the use of the U.S. Energy Security Risks Index as a tool supporting policy decisions in a dynamic global and national environment, while also stressing the difficulty to forecast future developments, and elucidating how the related concepts have changed to adapt to the new risks arising from novel technologies and their reliance on specific materials.

Tim Gould, Head of the Supply and Investment Outlooks Division at the International Energy Agency, pointed out that Europe’s reliance on traditional fuels is set to significantly decrease over the coming decades, but warned that neither national, nor European exposure to concerns about oil and gas security is going to disappear in the energy transition policies. At the same time, higher shares of variable renewables have raised flexibility needs and call for reforms to deliver investment in power plants, grids and energy storage, as well as to unlock demand-side response options.

Karina Standal, Senior Researcher at the Center for International Climate Research, focused on the factors that drive the shift from consumer to prosumer (i.e. energy producing consumer), highlighting that energy transition goes far beyond technology and involve lifestyle changes and energy education for consumers. Based on findings and conclusions from the H2020 supported research, she indicated that in most cases energy policies neglect gender issues and social differentiation, rather than drawing out measures that attract diverse groups of people. Policies also need to provide opportunities for economic support to reduce the high up-front cost of the introduction of decentralised electricity generation solutions such as the so called “solar loans”.

Marie Dégremont, Project Manager at France Stratégie, presented the particular centralisation of the French institutional framework, while underlying the need for political commitment. She shared the observation that energy transition projects are mostly launched as local economic development projects and not as environmental projects, while framing them in this way help also to get support from all stakeholders.

Todor Galev, senior analyst at the Center for the Study of Democracy, summarised seven major governance bottlenecks and constraints, existing in nine European countries based on the ENABLE.EU findings and the CSD Policy Brief dedicated to the topic. The most prevailing issues are unstable political commitment towards strategic transition goals and targets at the local, regional and national level, ineffective coordination which leads to fragmentation of competences, jurisdictions and funds, and administrative barriers and human resource deficits in public administration. To overcome the existing governance bottlenecks, the countries and the EU institutions need more comprehensive and easy-to-understand policy monitoring tools beyond current National Energy and Climate Plans or National Renewable Energy Action Plans, which would allow to grasp the complex developments of energy transition policies, factual progress and quality of governance factors at all levels – local, regional, national and EU-wide.

Ludwig Karg, Chairman of the International Network for Environmental Management, reminded that for energy transition to succeed it is fundamental to better understand consumers’ needs and drivers, and, even more so, to benefit from the widespread shared-economy practices. As an example, he described the establishment of regional financial institutions for energy efficiency that collect funds from local communities, SMEs and public authorities, and re-invest them into energy efficiency measures regionally, thus producing profit for the shareholders and benefits for the community or its individual members.

Hasan Ozkoc, Deputy Secretary General of the Mediterranean Energy Regulators’ Association, highlighted the importance of national energy regulators for the flexibility of energy networks and grids and for the reliability of supply as two key factors that make energy transition possible. He also stressed the need for a synchronised and joint regional approach towards energy transition goals and pointed to the major barriers before investors in the Mediterranean region, such as –the absence of stable national legal frameworks, the lack of information on market prices, the significant subsidisation of prices, as well as the lack of transparent and non-discriminatory access to the networks.

Thomas Pellerin-Carlin, Head of the Energy Centre of Jacques Delors Institute, highlighted stressed the importance of creating a convergence of interests, while reminding that in the French context there is a close connection between policy-makers and the incumbent energy sector, and that the French decision-making environment is deemed incompatible with long-term strategy planning.

Finally, Stijn van Hummelen, Managing Director of the Belgium office of Cambridge Econometrics, presented several scenarios for energy transition, concluding that ambitious policy actions engaging households in energy transition can lead to a significant contribution to reducing greenhouse gas emissions, increasing renewables deployment and raising energy efficiency in Europe. However, households’ contribution is not sufficient to meet the EU energy-climate targets; and additional policy measures targeting other areas of the economy (e.g. the power sector) are needed. On the affordability side, the modelling results have proven that low-income households can benefit considerably if careful attention is paid to the distributional impacts of policies and government funding mechanisms.

The discussions re-confirmed that bottom-up approaches, such as the one applied in the island of Krk, are considered complementary to top-down EU policy and of key importance for fostering the transition at society level and for maximising its impacts. 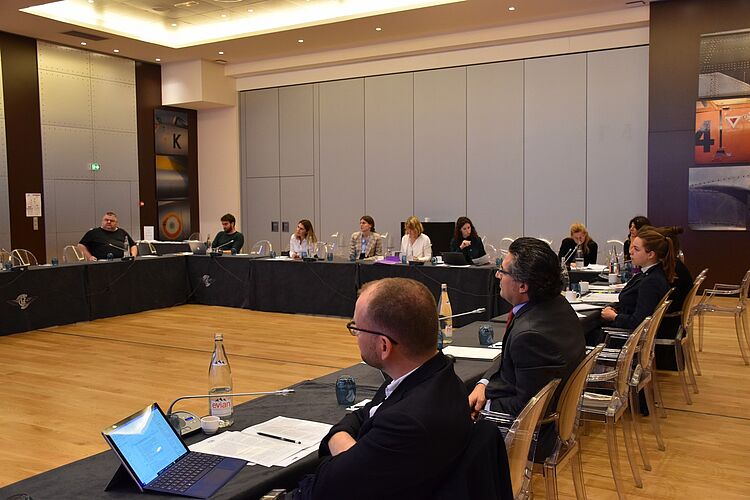 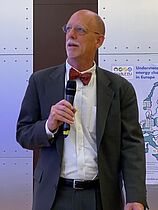 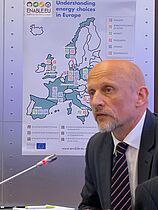 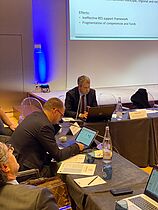 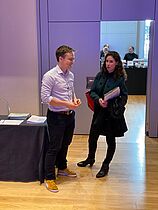 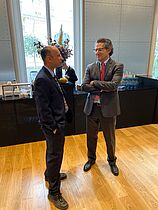