Korea and Bulgaria face similar challenges when it comes to transforming their energy systems in the context of international climate cooperation and exacerbated energy security: increased import dependency, energy poverty, their peripheral position in the respective region and vulnerability of energy supplies. The diversification of resources and supply routes, as well as the efficient management of supply and demand are also major objectives for both countries. Korea’s interest in energy cooperation with Bulgaria has been driven primarily by Bulgaria’s central position in South East Europe as well its role as a transit route between producers and consumers. In order to discuss the challenges related to energy transformation, energy security and liberalisation of the energy market, the Center for the Study of Democracy together with the Embassy of the Republic of Korea in Bulgaria organised the Korea-Bulgaria Energy Forum on 18 November 2019 in Sofia.

The first part of the forum included an updated assessment of the Bulgarian National Energy and Climate Action Plan (NECP), which sets up the climate and energy framework for 2030. It also touched upon some of the most pertinent domestic challenges linked to the energy market liberalization, the lack of long-term perspective to decarbonisation, as well as some of the legal and policy barriers to energy decentralization, including the weak regulatory framework to support prosumers, energy communities and small-scale producers, the slow implementation of smart grids, as well the need for better protection of vulnerable consumers. The second part of the forum focused on the energy transformation process in Korea and highlighted some key areas of future collaboration possibilities between Korea and Bulgaria, including the renewable energy sector (wind, solar, waste, etc.), electric and hydrogen vehicles, technology transfer, ICT sector, as well as Korea’s interest in the Belene nuclear power plant project. The energy cooperation between both countries will be deepened with the signing of the MOU on Cooperation in the field of energy policy, industrial and research exchanges. However, participants in the forum noted that investments in new nuclear capacities are controversial due to the lack of economic perspectives and the very high financial costs. 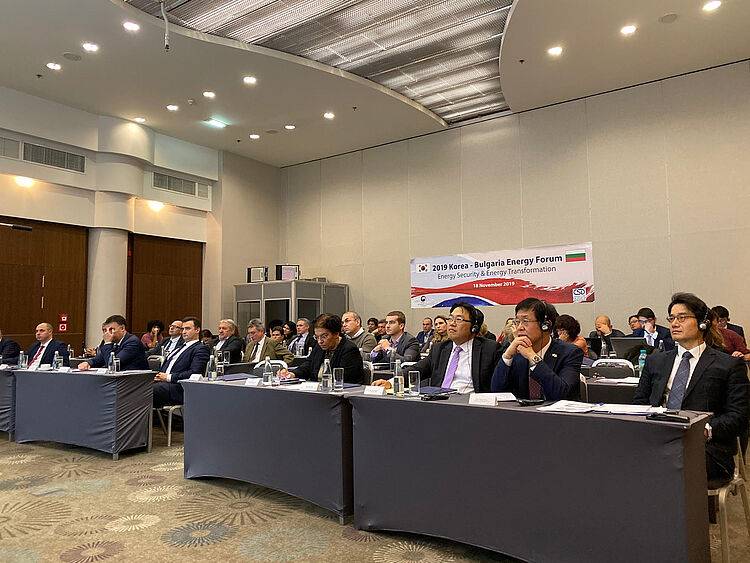 During the Conference 'Energy Security and Energy Transformation in the Context of the Republic of Korea and the Republic of Bulgaria', 18 November 2019, Sofia
Related
Blog post