In recent years Russia has reinforced the use of media propaganda and disinformation as one of its major instruments for exercising malign influence over national internal and foreign policies in the Central and Eastern European countries, in favor of the Kremlin’s economic and political interests. Particularly Moldova, due to the wide presence of official Russian media in the country, as well as the knowledge and use of Russian language by the majority of population, has become heavily vulnerable to Russian propaganda and disinformation. The latter are the preferred tools, used by the Kremlin, to undermine the credibility and moral authority of the European Union and NATO and to delay and impede the Euro-Atlantic developments and aspirations of the country. Pro-Russian propaganda and disinformation have flourished in Moldova also because the media regulatory framework is not sufficiently clear and effective and does not ensure the required transparency of media activities. In this situation, civil society organisations are leading the efforts for building resilience capacity in the country through independent analysis, trainings, civil activism and policy advocacy.

These were among the major issues, discussed during the workshop on “Countering Malign Russian Influence and Propaganda in Moldova” which was held on December 4, 2018 in Chisinau, Moldova. The workshop was co-organized by the Center for the Study of Democracy and the European Institute for Politics and Reforms and brought together media experts, journalists and civil society representatives.

During the workshop, several good practices for countering Russian media propaganda and disinformation were presented and discussed, e.g. the development and introduction of a curriculum and respective class on media literacy in the schools in Moldova in cooperation with the Ministry of Education, the establishment of online platforms for independent monitoring and fact-checking, as well as building capacity in most vulnerable groups, e.g. youth and people, living in rural and underdeveloped regions. 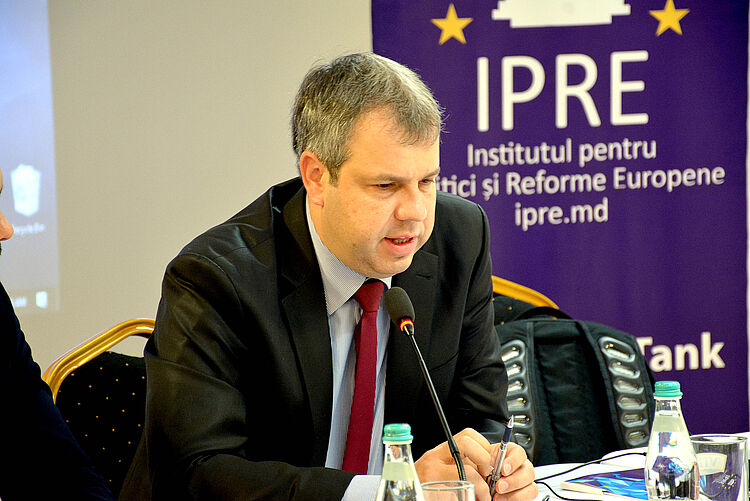 During the workshop on “Countering Malign Russian Influence and Propaganda in Moldova”, 4 December 2018, Moldova