On 13 July 2009, on the occasion of the 130th anniversary of the founding of the Bulgarian Ministry of Justice, Minister Miglena Tacheva conferred awards - commemorative plaques, orders and honorary insignia - to over 80 Bulgarian statespersons, magistrates, employees of the Ministry of Justice, non-governmental organisations and journalists.

The Center for the Study of Democracy was among the non-governmental organisations which received awards. Dr. Maria Yordanova, Director of the Law Program, attended the ceremony to receive the award on behalf of the Center. 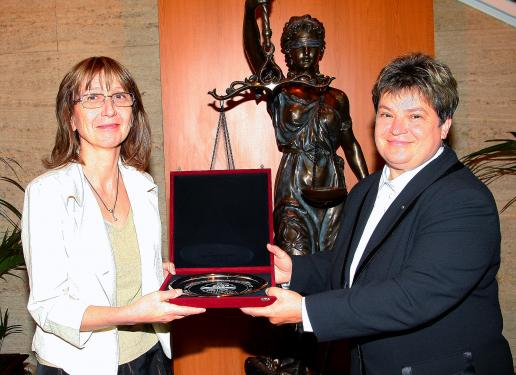 Methodology for Monitoring Policy and Institutional Practice in Relation to Domestic and Gender-Based Violence in Bulgaria: Outline

Hidden Economy in the Western Balkans: Challenges and Lessons for Economic Recovery and Convergence