On 5 June 2014 the Center for the Study of Democracy (CSD) and the Center for Research and Policy Making (CRPM), in association with the European Instrument for Democracy and Human Rights (EIDHR), organized a conference in Skopje to discuss the state of the hidden economy in Republic of Macedonia. Representatives from academia, community based organisations and private-sector employers talked about the informal economy monitoring practices, its different forms and possible interaction between the civil society sector and state institutions in an attempt to prevent it.

The conference was opened by Ms. Marija Risteska, Executive Director of CRPM, Mr. Ruslan Stefanov, Director of the Economic Program of CSD and Mr. Jaromir Levicek, Head of Operations at the EU Delegation in Skopje.

Mr. Levicek identified the hidden economy as a global phenomenon that indicates poor economic governance and structural problems. According to well-known research results, the scale of the hidden economy on the Balkans is above 30% of the GDP. The EC Progress Report on Macedonia points out the county’s slow improvement in tackling informal economic activities, which still stand as major challenges. Mr. Levicek expressed hope that the government authorities are aware of the problem and have the will to solve it.

Mr. Tome Nenovski, Professor in the American College in Skopje, commented on the level of hidden economy in Macedonia, which has decreased from 45% to 25% over the past ten years. In his view, the improvement is due to a better business and fiscal climate, tax reliefs, and state administration cuts. He emphasized that over the last 7-8 years the country’s informal sector has shrunk to levels close to the EU average. According to him, in comparison, the hidden economy in Kosovo exceeds 50% and in Bulgaria it reaches around 40% given the fact that average EU levels vary between 12% and 15%.

Mr. Lyubomir Mishkov, Marie Curie FP7 Research Fellow at the Center for the Study of Democracy, pointed out that the European practices in countering the hidden economy are characterized mostly by repressive measures with much smaller accent on enabling compliance and fostering commitment business measures. He emphasized the fact that without having a clear and locally relevant definition of the informal economy, it is impossible to determine what its main drivers are and to develop adequate policy responses. Mr. Mishkov described the hidden economy as part of the socio-economic dynamics of a given country.

Mr. Martin Tsanov, Analyst at the Economic Program of the Center for the Study of Democracy, discussed the link between the informal and the formal economy. He offered four directions for action including increase in the supply of formal jobs, regulation of informal enterprises and increase in their productivity and extending social and legal protection for informal workers. 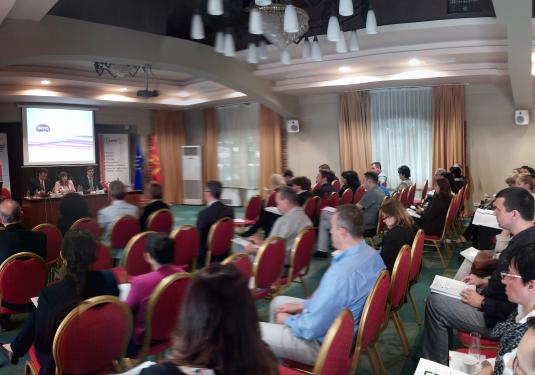 Participants in the event

Mr. Jaromir Levicek, Head of Operations at the EU Delegation in Skopje

Mr. Tome Nenovski, Professor in the American College in Skopje

Mr. Lyubomir Mishkov, Marie Curie FP7 Research Fellow at the Center for the Study of Democracy 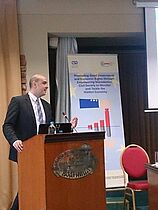 Mr. Martin Tsanov, Analyst at the Economic Program of the Center for the Study of Democracy

Conference: Tackling the Hidden Economy in Macedonia: Strengthening the Public-Private...