The Center for the Study of Democracy is the official partner for Bulgaria of the IMD World Competitiveness Center, Switzerland. According to the Global Competitiveness Yearbook 2020 of IMD, the Bulgarian economy is slowly recovering, yet it is by no means at its full potential. In 2020, Bulgaria ranks 48th out of 63 countries, as it did in 2019. This is an improvement of seven positions compared to 2015, but a deterioration compared to 2009 (38th place). The Bulgarian economy remains among the most uncompetitive ones in Europe, as long-term factors of competitiveness stay stagnant. Without substantial correction in the policies of the Bulgarian government and business leaders, the probability of dramatic improvement in the coming years remains low.

Major Challenges and Opportunities for improving Bulgaria’s Competitiveness in 2020: 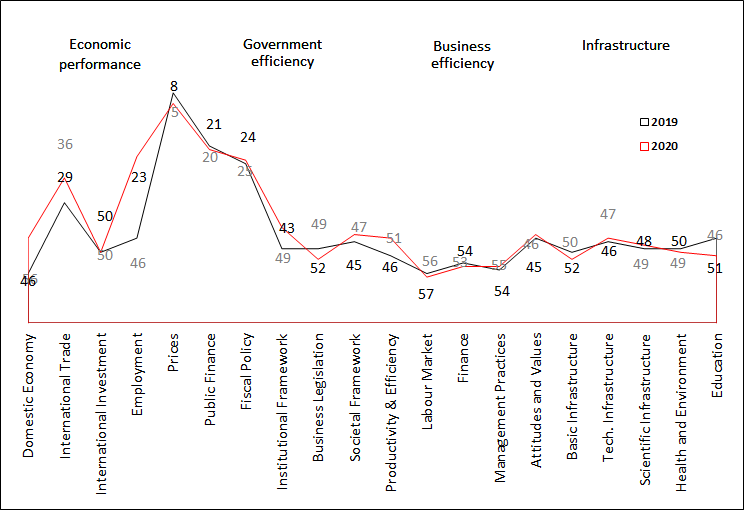