According to the 2019 World Competitiveness Yearbook of the Institute for Management Development (IMD, Switzerland), the Bulgarian economy, being driven by the EU, is slowly, though unimpressively, recovering. In 2019, Bulgaria ranks 48th out of 63 economies, an improvement of seven positions compared to 2015, but a decline compared to 2007. The Bulgarian economy remains among the most uncompetitive ones. Its long-term factors of competitiveness remain stagnant, and change in the near future is rather unlikely unless a substantial correction of the policies of the Bulgarian government and business leaders occurs. 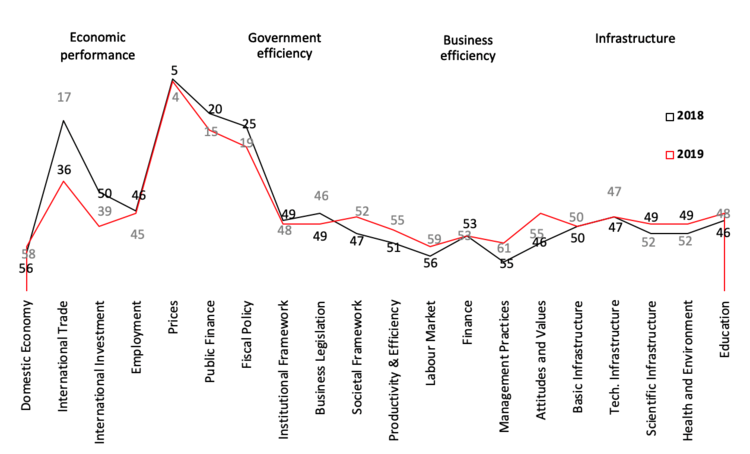