On 11 May 2006 the Center for the Study of Democracy organized a press conference to present Bulgaria’s position in the World Competitiveness Yearbook of IMD (International Institute for Management Development). With the partnership of CSD this year Bulgaria was included for the first time in the world oldest and most comprehensive annual report on the competitiveness. For sixteen years the report ranks and analyzes how the environment in more than 60 nations creates and sustains the competitiveness of enterprises. The measures for improvement of the competitiveness and innovativeness of the Bulgarian economy and role of the Government were the focus of the press conference.

Mr. Ruslan Stefanov, Coordinator of the Economic Program at the Center for the Study of Democracy pointed out that the Bulgarian inclusion in the World Competitiveness Yearbook 2006 is evidence for the country’s positive economic development. Mr. Stoyan Stalev, Executive Director of the InvestBulgaria Agency underlined that the economic policy should focus on attracting investments not only in the services, but also in the production sphere. He also stressed that the legislative framework in this area should be improved. Mr. Tosho Nedyalkov, Deputy Chairman of the State Agency for Information Technology and Communications appealed to the implementation of a policy ensuring Bulgaria’s competitiveness through effective use of ICT and high-technology export.

Bulgaria’s position in the IMD’s World Competitiveness Yearbook was presented by Dr. Konstantin Pashev, Senior Fellow at the Economic Program of the Center for the Study of Democracy. In the Yearbook Bulgaria is ranked 47th among 61 other economies - in better position than Italy, Romania, Poland and Croatia.

The comparative advantages of the Bulgarian economy (positions among the first ten) are in the stable macroeconomic environment, comparatively high economic growth per capita, low taxes, export of services, budget balance, remuneration of labor, unit labor cost and investments in telecommunications as percent of GDP.

At the same time however the report also shows the areas, which draw back the Bulgarian competitiveness (positions 50 or lower): the unfair competition, bureaucratic barriers in front of the business, insufficient security of person and property protection, grey economy, quality of corporate governance, especially in the marketing area, high energy consumption of the economy, low share of the high-technology export and financing of research and innovation within the firms. 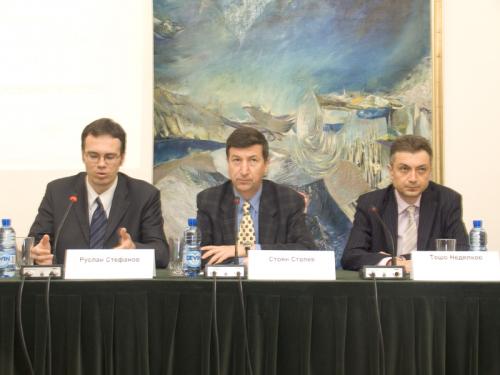 Dr. Konstantin Pashev, Senior Fellow at the Economic Program of the Center for the Study of Democracy

The participants in the press conference
Related 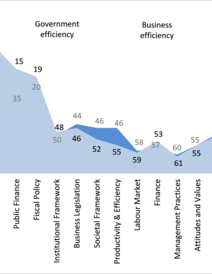 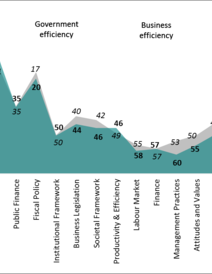 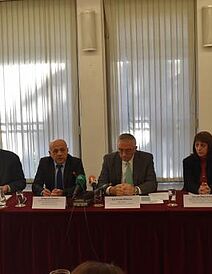 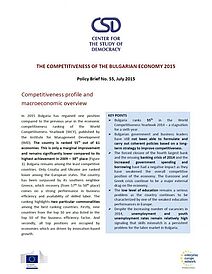 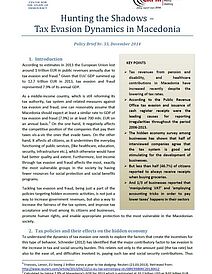 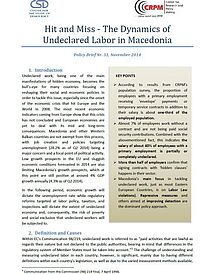 Hidden Economy in Macedonia Policy Brief 2: Hit and Miss - The Dynamics of Undeclared Labor in Macedonia

No. 44: The Competitiveness of the Bulgarian Economy 2014 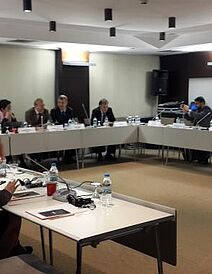