In recent years Bulgaria is among the most vulnerable NATO and EU member counties in respect to foreign influence and hybrid threats.  This is particularly visible in the level of spreading disinformation narratives supporting the unprovoked Russian invasion in Ukraine, anti-EU, anti-NATO and pro-Russian narratives combined with domestic populism and extremism supported by some political parties, politicians and opinion makers, and the overall public opinion of authoritarian regimes as an alternative to liberal democracy. A primary concern is that Bulgaria lacks the institutional and technological capacity to detect and counter foreign influence operations and disinformation, or to address the critical governance vulnerabilities that enable them. As such, a national priority for Bulgaria is to start building capacity in identifying, monitoring, and countering disinformation campaigns aimed at the country’s democratic institutions, as well as foreign and defense policy posture.

To encourage the constructive dialogue, on 13 September 2022 in Sofia, the Center for the Study of Democracy (CSD), co-organised with America for Bulgaria Foundation and the International Republican Institute's Beacon Project a roundtable Building Disinformation Resilience: Scoping Institutional Infrastructure and Responses. The event engaged civil society organisations and think-tanks from Bulgaria, Romania and Poland, Bulgarian technological companies working in the field of media intelligence, academia representatives and media practitioners with the aim to explore potential public-private partnership responses. The discussion was heated by Andrei Tiut, Program Director at the Romanian think-tank Global Focus and Nikola Tulechki, Data Scientist and Founder of Data for Good, while in the discussion took parts representatives of the Coalition for Media Literacy, International Republican Institute, Center for Information, Democracy and Citizenship at the American University in Bulgaria, Sensika Technologies Ltd., Human and Social Studies Foundation Sofia, GATE institute at the Sofia University, and Factcheck.bg, among others. The discussion highlighted the need for exchange of information and experience on trans-Atlantic and EU level in order to identify the existing and often technologically advancing threads. The need for civic education on the long term impact of allowing the free flow of disinformation and the ineffective fight against foreign malign influence was covered in details. The importance of private sector engagement especially in regards to addressing the technological challenges for combatting the hybrid threats was underlined.

The event participants agreed on further developing the initiative with additional collaboration efforts between all stakeholders, such as state institutions, policy makers, the NGOs and private sector representatives that would be instrumental in addressing the hybrid challenge. 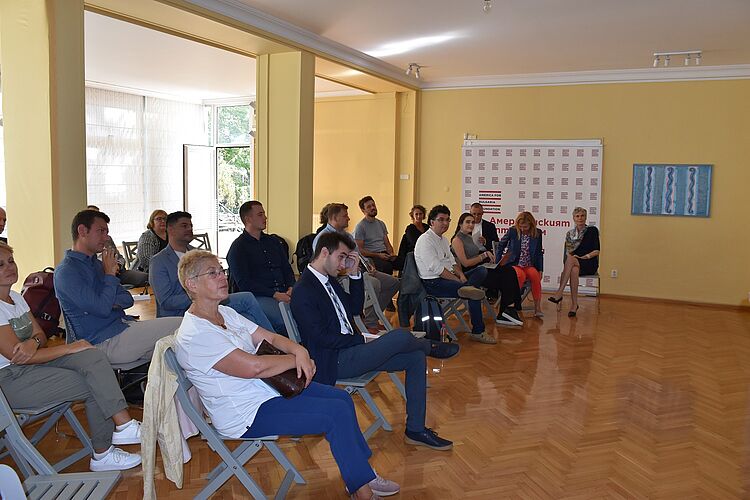