In recent years, a growing share of the financial damage caused by criminal activity in Bulgaria has been attributed to the so-called white collar crime and less to traditional criminal structures. Despite an observed decrease in the overall  criminal profits, they continue to pose a threat to the legal economy. Moreover, a large number of criminal networks in Bulgaria control legal business structures, which facilitates money laundering and creates new challenges to investigations.

In order to outline the most significant organised criminal activities and the modus operandi of the major organised crime groups in Bulgaria in 2018, the Center for the Study of Democracy presented its annual “Bulgarian Organised Crime Threat Assessment” on 4 December 2019 in Sofia.

Among the main points of the presented assessment were the continuing decline of several criminal markets, such as illicit trade in tobacco products, organised VAT fraud, illegal logging, human smuggling and vehicle theft. At the same time, other large illegal markets maintain their level of profits. Those include the market for sex services, both domestic and external, illegal trade in fuels, the drug market and telephone fraud. 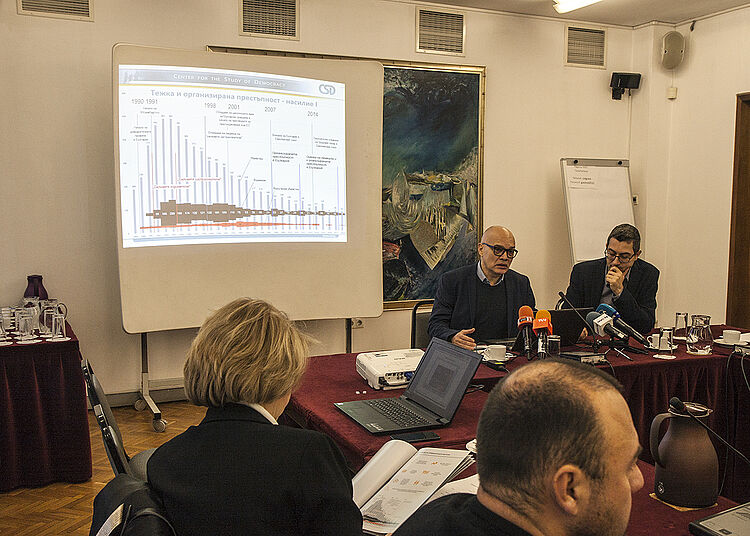 During the presentation of the annual “Bulgarian Organized Crime Threat Assessment”, 4 December 2019, Sofia

During the presentation of the annual “Bulgarian Organized Crime Threat Assessment”, 4 December 2019, Sofia