The challenge of Russian disinformation and propaganda is manifested in a varied and contextual manner, as different countries in Europe experience differentiated vulnerabilities and resilience capacities in relation to authoritarian state-sponsored media operations.

The Center for the Study of Democracy addressed those issues by organizing a round table on 30 May 2019: Provocation and Resilience: The Differential Challenge of and Response to Russian Disinformation in Europe. The participants fostered an enhanced understanding of the different levels of susceptibility to Russian media influence across Europe, further outlining best practices and gaps in tackling foreign anti-democratic propaganda.

During the discussions, a number of highlights regarding the state of Russian disinformation and propaganda were emphasized.

In the Polish case, it has become hard to identify whether the national-conservative discourse, which has taken over the media space, is directly promoted by the Kremlin or just coincides with Russian narratives. The challenge of raising the media literacy of the population was further noted.

In the Czech Republic, the online sources disseminating propagandist messages have grown in number and can be categorized into two types: those which both translate Russian articles, while also creating their own original content, and those which operate in a less sophisticated manner by only spreading translated content to the public.

The French media landscape has been characterized by the popularity of Sputnik France and RT. These Kremlin-backed media sources have been instrumental in supporting a Russian strategy of ‘negative’ soft power, which does not directly focus on glorifying Russia but on stressing the negative aspects of French – and more generally European, developments.

The technological capacities for detecting Russian disinformation activities were demonstrated through the Sensika tool for (near) real-time monitoring of online news and social media. 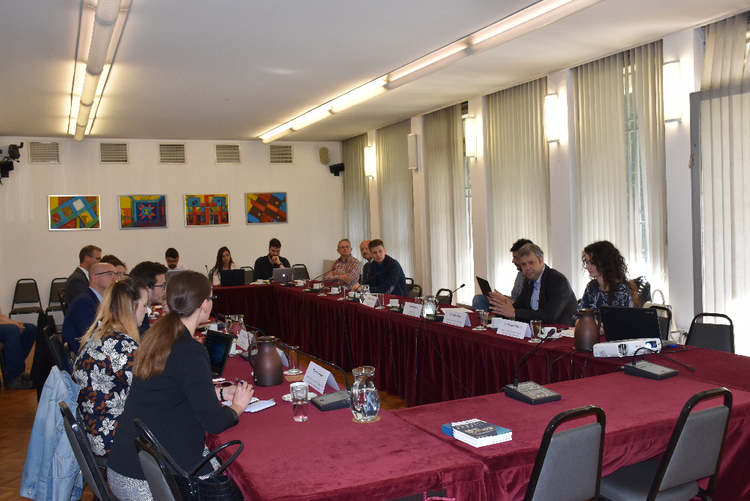 During the Round Table 'Russian Disinformation in Europe', 30 May 2019, Sofia

The Participants in the Round Table 'Russian Disinformation in Europe', 30 May 2019, Sofia

The Participants in the Round Table 'Russian Disinformation in Europe', 30 May 2019, Sofia
Свързани