Newly leaked corporate documents in Bulgaria confirm that Russia has been using Saudi, Belarussian and European companies to evade US sanctions against its TurkStream project. Thus, in effect Russia ships the gas, builds the pipeline and finances it through proxy entities. Moreover, the documents reveal that the whole scheme had been pre-planned already in 2019 before the start of the construction works.

Why it matters: Russian citizens and former Gazprom officials are in control of the management of the consortium building the TurkStream pipeline on Bulgarian territory although the bid for the construction has formally been won by the Saudi Arabian company, ARKAD.

The backstory: The documents reveal that Russia has been financing the construction of the pipeline via a TMK-controlled Luxembourg-registered offshore company, Completions Development S.A.R.L., which has paid for the pipes’ delivery and for a significant share of the construction. In addition, Russia-controlled banks (VTB and International Bank for Economic Cooperation), including their subsidiaries operating in Eurozone countries such as VTB Europe, have provided loan support for the implementation of the project. The Bulgarian section of TurkStream would cost around EUR 1.5 billion for the construction. It would also require another EUR 750 million in maintenance causing the project to be loss-making for the first 15 years of its operations. Bulgaria will have to borrow the necessary funds and will depend on Gazprom to recover the investment using the gas transit fees if the company fulfills its obligation to transport 15.7 bcm/yr of gas through the country.

What’s at stake: The TurkStream pipeline will cement Gazprom’s dominant position in the SEE region by: 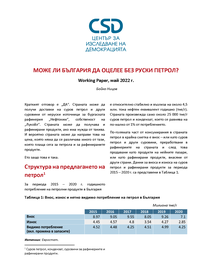