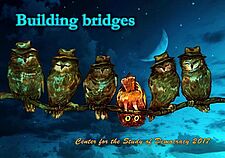 In 2017, the Center for the Study of Democracy invested considerable research and advocacy effort in a number of key areas, striving to produce measurable and beneficial societal impact: fundamental rights, integration and social inclusion of migrants and vulnerable groups, crime and justice and victims of crime, energy governance and energy security, tackling and measuring corruption, hidden economy, competitiveness and knowledge economy, trafficking in human beings, transnational organised crime threats and EU border security, monitoring, countering and prevention of radicalisation and terrorism.

The topic that occupied the foreground during the year was state capture as a form of political corruption at the highest level of government.

State capture is an empirically proven form of participation through informal payments (bribes) of the private sector in the design of government regulations in the post-communist countries of Europe. Subsequently the term has been used to denote direct systematic influence of bigger (powerful) private interests both in the design of regulations and in the selective implementation of laws to benefit specific private actors. State capture does not entail single corruption transactions, but rather the systematic bias and deformation of the regulatory functions of state power (executive, legislative and judiciary) in most social spheres – economy, politics, judiciary, media, foreign policy, countering crime, etc.

The innovative approach of CSD in this area is to focus on the development of methodologies to measure state capture, which are being piloted in Bulgaria, Romania, Czech Republic, Italy, and Spain. The methodology includes several more important aspects of state capture (economic, legal, administrative, media and criminal behavior). A principle indicator of the economic dimension of state capture, for instance, is the monopolisation of specific sectors by blocking competition in favor of specific companies.

With its unique mix of expertise on economics, comparative legal systems, monitoring and evaluation, sociology, and criminology and its crosscutting competences CSD is able to provide practical solutions of complex societal issues requiring process and substantive knowledge on EU level and to contribute to the national and EU policy debate on such key topics.