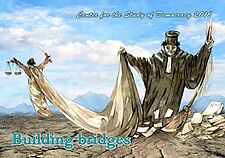 In 2016, the Center for the Study of Democracy continues to be a driver of societal change that reveals the major challenges of Bulgaria’s transition and promotes policy reforms to address them based on cutting-edge knowledge and research. During the year, CSD achieved the highest impact and received the greatest recognition in three important areas:

• Monitoring and tackling state capture. CSD’s Corruption Assessment Report 2016 – State Capture Unplugged: Countering Political Corruption in Bulgaria has been the most authoritative account of this insidious form of corruption in the country, combining pioneering monitoring techniques and specific sectoral examples. The Council of Ministers held a special session dedicated to the repot findings and has committed to concrete numerical targets for lowering corruption in Bulgaria. CSD has continued to set the agenda in this domain in the country, though no substantial progress has been observed.

• CSD has worked with international partners to chart one of the first comprehensive roadmaps towards designing better monitoring and evaluation instruments for state capture internationally. CSD has proposed and piloted in Bulgaria and Italy an innovative anticorruption policy evaluation tool, MACPI. It has provided anticorruption managers with assessment of the policy and implementation gaps within their institutions. MACPI has been highly appraised by Directorate-General Migration and Home Affairs of the European Commission, as well as by public institution leaders in Bulgaria and Italy.

• The regional anticorruption initiative SELDI. CSD has established itself as the leader of the largest indigenous anticorruption coalition in Southeast Europe, which draws upon the work of some 30 non-governmental organizations from 11 countries in the region. In 2016, SELDI delivered its Regional Anticorruption Report Shadow Power: Assessment of Corruption and Hidden Economy in Southeast Europe. The report has been widely seen as one of the most authoritative assessments of this domain. Its policy recommendations have been taken on board by the European Commission and by other international agencies. SELDI signed Memoranda of Understanding with a series of anticorruption institutions in SEE, which can serve as important spring boards for further engagement and change. SELDI has become instrumental for expanding CSD’s work on tackling organized crime and judicial reform in the region. CSD has worked with local partners in the Western Balkans to increase their capacities to monitor organized crime and judicial reform and to engage public authorities to deliver policy changes in these areas.

• Assessing the risks of Russian economic footprint in Central and Eastern Europe. CSD has been among the leaders in providing forward thinking on undemocratic tendencies in Europe related to the resurgent assertiveness and hostile Russian involvement in the region. CSD has developed and applied for the first time a solid methodology for assessing the extent and risks of Russia’s economic footprint in Central and Eastern Europe, as well as the amplifiers that Kremlin has deployed to exploit governance weaknesses in CEE countries to gain political influence. Together with its partners from the Center for Strategic and International Studies, CSD published what has become the most acclaimed analysis in this domain The Kremlin Playbook: Understanding Russian Influence in Central and Eastern Europe. The report has been featured in key international media outlets, while CSD has been asked to provide briefings to key EU and NATO institutions and partners.

In line with its long-standing commitment to address the most pressing issues on the public policy agenda at national and European level, the Center also made further insights for public policy making in areas such as countering organised crime and violent extremism, fundamental rights, migration, and energy security.