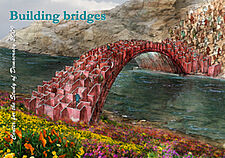 The past year has been an important milestone for the Center for the Study of Democracy. The twenty-year anniversary of the “velvet revolutions” of 1989, which marked the beginning of democratization in Eastern Europe, has served as an occasion for taking stock of the transformations undergone by Bulgaria’s state institutions, market actors and civil society. Over the past two decades, the role of public policy think tanks has been both challenging and very rewarding. Enhanced civic expertise and the professionalization of social activism were never merely ends in themselves: they have enabled Bulgaria’s NGO community to effectively act as a partner to the national government as well as a check on state authority.

During this whole period of transition to democracy and free markets the Center for the Study of Democracy was among those non-governmental organizations, which remained true to their mission. The Center shapes the civic agenda and influences national policies, thus building bridges of cooperation between the private and public sectors. Effective interaction between businesses, civil society and state institutions is a necessary prerequisite for the success of the European project in the country. The NGO sector has been very active in the practical implementation and monitoring of reforms in the country, thus ensuring their continuity and sustainabilityduring the defining years of the transition period.

Since the second half of the 1990s CSD has been actively addressing non-traditional (soft) security challenges. Overcoming obsolete stereotypes of isolating the security sector by placing it out of reach of civic control, CSD has acted in an innovative and proactive manner by introducing key topics onto the country’s socio-political agenda, such as anti-corruption and the counteraction of organized crime.

Over the past two decades the Center for the Study of Democracy has had a considerable impact upon national policies by means of the high quality and objectivity of its research as well as through its civic activism. CSD contributed to formulating the reforms needed to make Bulgaria’s European and Euro-Atlantic integration possible. Throughout the past decade, CSD was one of the few organizations that made a public stand against the twin evils of corruption and organized crime by vigorously insisting that such serious crimes must be prosecuted effectively. Ever since the Coalition 2000 anticorruption initiative was launched by CSD in 1997, the Center has repeatedly proposed ways of overcoming the negative consequences of corrupt practices on citizens and the economy in its yearly Corruption Assessment Reports, and has partnered with other NGOs and government institutions in order to bring about tangible improvements in this respect.

In the years to come, the Center will continue to focus on unfinished reforms and challenges to the country. In 2010, CSD will be drafting Bulgaria’s first Organized Crime Threat Assessment. CSD will continue to lend its support for the judicial reform process in the country by monitoring the work and strengthening the capacity of the judiciary and law-enforcement in preventing, investigating, and prosecuting corruption and organized crime, including economic crime and related money laundering. A particular focus will be enhancing the transparency of the energy sector via good governance initiatives, aiming to improve the country’s energy security and environmental policies. CSD will continue monitoring the dynamics and manifestations of the hidden economy in Bulgaria. The Center will be developing a system of key national indicators for the evaluation and impact assessment of Justice and Home Affairs policies and programs, including as they relate to antidiscrimination policies and the integration of immigrants and refugees. Thus, in 2010 CSD will strive to contribute to good governance, economic well-being and social cohesion in Bulgaria and the European Union.