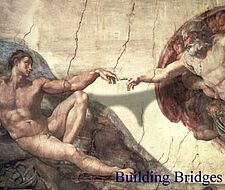 The turn of the millennium marked both the tenth anniversary of the beginning of post-communist reforms in Bulgaria and the establishment of the Center for the Study of Democracy as an independent think and action tank.

For ten years the Center has been spearheading the transformation efforts in the country, addressing critical issues such as constitutional reform, privatization, commercial law development, building capacity for the non-governmental sector and, in the last few years, initiating and leading a comprehensive public-private anti-corruption partnership, Coalition 2000. Being at the forefront of the adoption of new institutions and standards of public life and economic development, necessitated that the Center maintained a substantial research, advocacy and technical capabilities.

Laying the foundations of its political and financial independence, these capabilities also allowed CSD to pioneer innovative approaches to facilitating transition in Bulgaria. Among these, the promotion of public-private partnerships as an instrument of sustainable reforms and working out targeted watchdog methods in the area of governance, are particularly notable.

The drafting and introduction to the National Assembly of legislation related to electronic commerce (Law on Electronic Signature and Electronic Document) and human rights (The Draft Law on the Ombudsman), the pilot study of the link between smuggling and corruption, the launch of the Judicial Reform Initiative for Bulgaria, the international recognition of CSD’s corruption monitoring system, and the start of a regional anti-corruption effort as part of the Southeast European Legal Development Initiative, are also evidence to the successful application of these methods in the year 2000.

The most noteworthy development in the focus of CSD’s work in 2000 was the regionalization of its activities in the field of good governance and legal development. Taking stock of 10 years of uneven pace of domestic reforms, it has become increasingly clear to us – as well as to many in the international community – that the sustainability of the transition policies in the countries of Southeast Europe and their long term impact could only be guaranteed if issues were addressed on a truly regional scale.

The institutionalization of this new thinking at CSD – the Southeast Europe Legal Development Initiative (SELDI) – produced its first practical results by the end of 2000. The preliminary results of the corruption diagnostics, carried out in seven SEE countries using CSD designed monitoring methodology, are the first effort to take the corruption “temperature” of the region on a comparative basis. Produced in cooperation with a network of partners, these results will serve as an indispensable background of proposals for joint actions and policy recommendations to be worked out in the framework of SELDI.